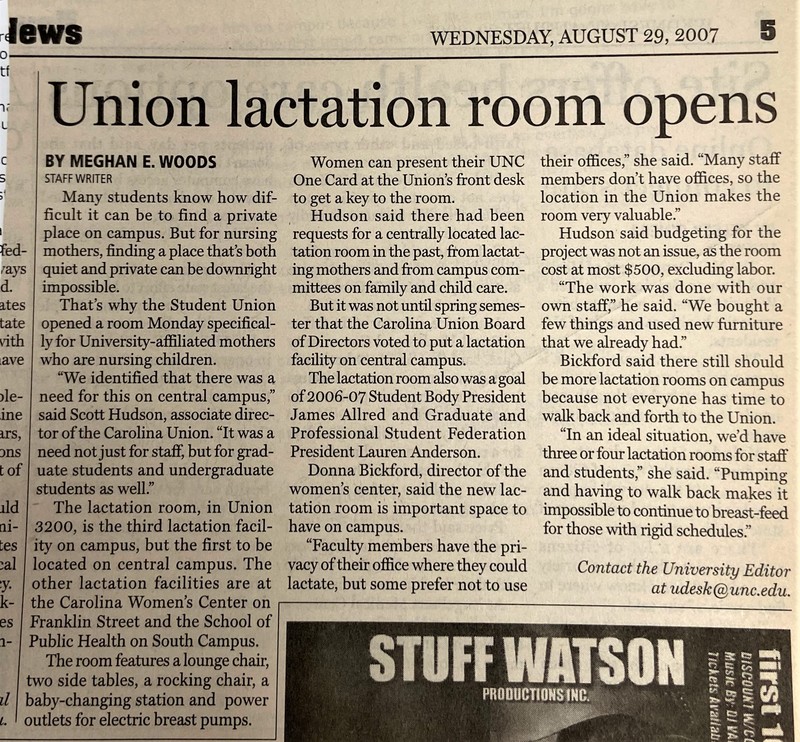 This newspaper article, published in August 2007, announces the successful outcome of a campaign by the Carolina Women’s Center – a private room in the UNC Student Union designated for nursing mothers. The room was specifically opened for University-affiliated women who were mothers in need of a non-office space for nursing and pumping. While the Union “mother room” was the third to open on campus, it was the first room to be centrally-located and accessible particularly to student parents.