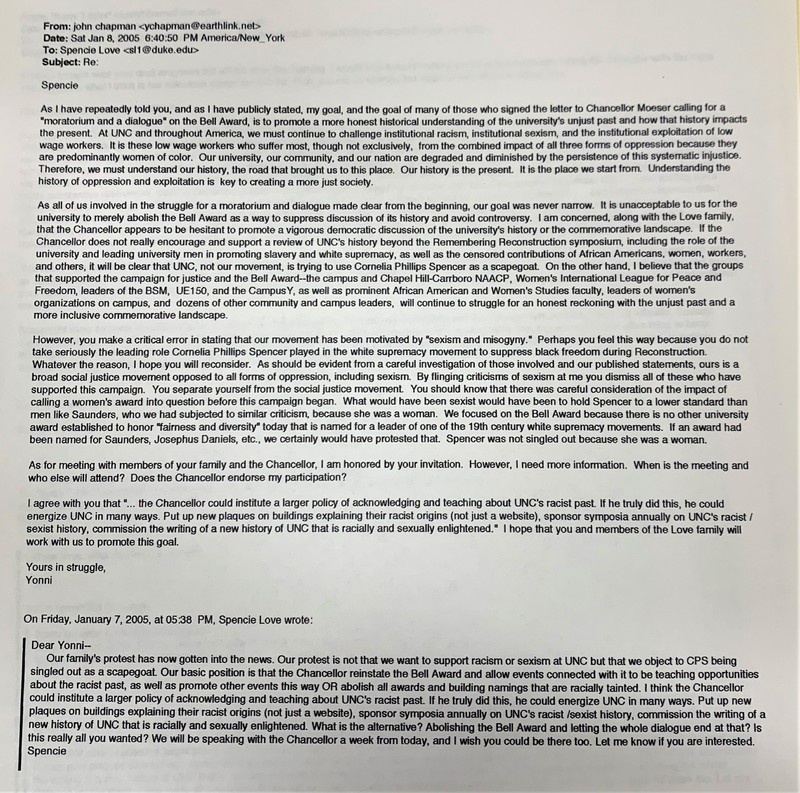 The Cornelia Phillips Spencer Bell Award, awarded annually from 1994 to 2004, was the highest accolade that could be given to a female student at the University. However, John Kenyon Chapman, a graduate student at UNC-Chapel Hill, led a campaign in 2004 to disband the Bell Award, due to Cornelia Spencer’s blatant sexism and racism. This email exchange between Chapman and Spencie Love, Spencer’s great-granddaughter, reveals these tensions between legacy and the future of gender and race relations on campus.