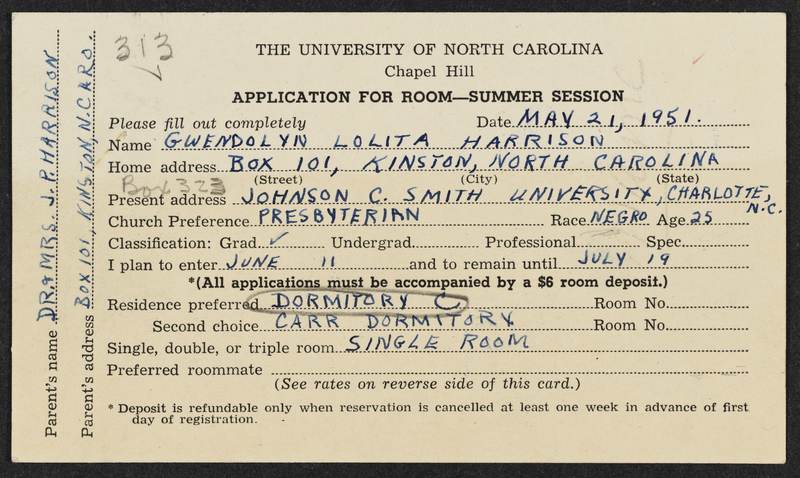 Gwendolyn Harrison came to UNC in June 1951 to pursue a PhD in Spanish. When she arrived, she was told she had to leave, as the University had not realized she was Black, despite her housing application clearly marking her race as such. Ultimately, she sued the University and re-enrolled for the second summer session. Harrison was therefore the first Black woman to attend UNC-Chapel Hill.