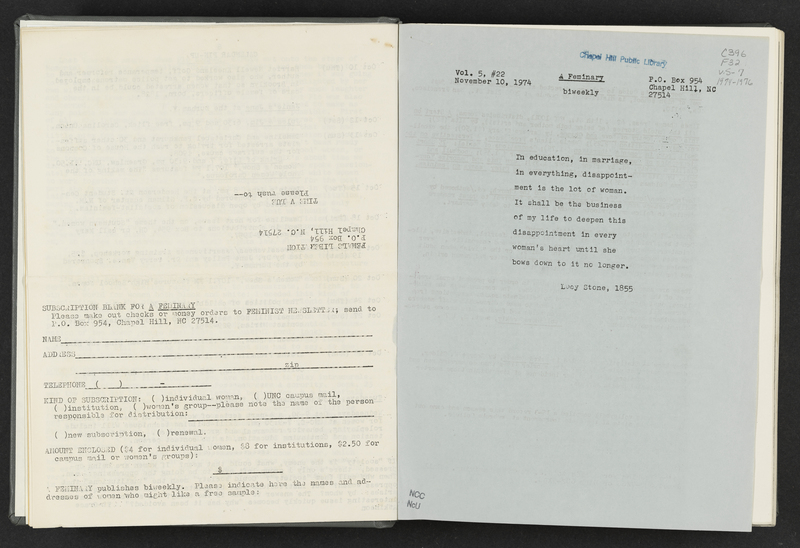 Feminary was a feminist journal published in the Durham-Chapel Hill area from 1969 until 1982 founded by a student group on campus, Female Liberation #27. Though it originated as a newsletter that sought to connect feminist groups in the Triangle, Feminary later became a literary journal when it began incorporating creative content such as essays, poetry, and art in addition to local and regional news. In the Spring 1978 issue, the journal announced it would focus exclusively on lesbian feminism. This decision reflects the efforts of lesbians to carve out spaces for themselves within the broader feminist movement.