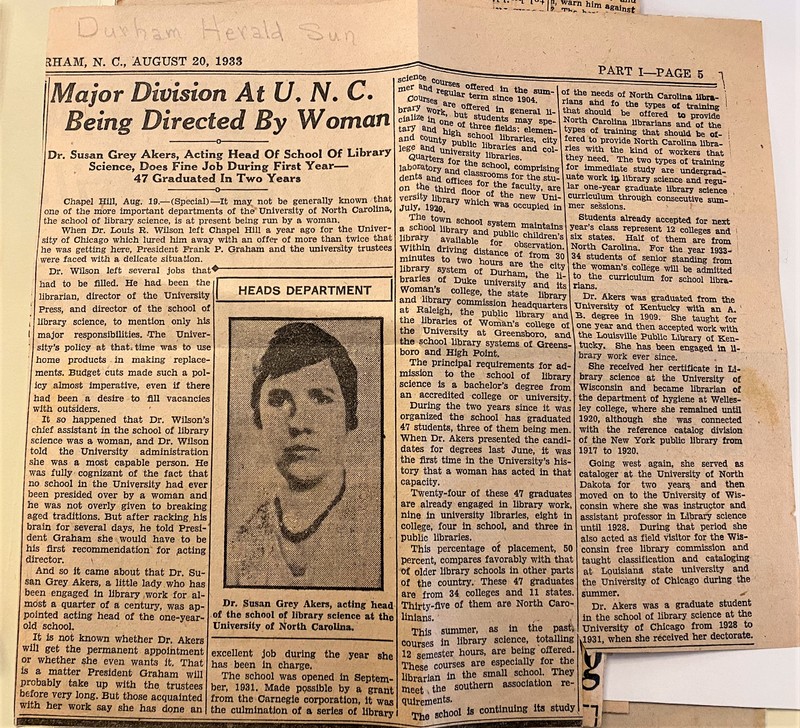 Dr. Susan Grey Akers was the first woman dean at UNC-Chapel Hill. She came to UNC-Chapel Hill as an associate professor in 1931, was granted professorship within one year, and became the acting director of the School of Library Sciences soon after. In 1941, she became the dean of the school, based on the recommendation of Dr. Louis Round Wilson. Her scholarship in cataloging is well known in the world of library sciences.