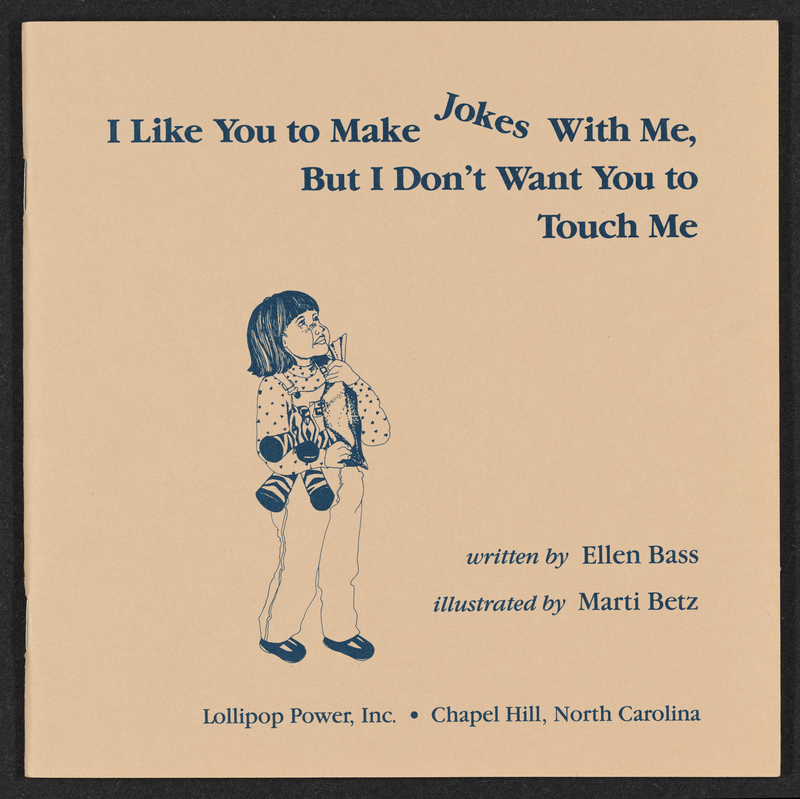 I Like You to Make Jokes With Me, But I Don’t Want You to Touch Me

Lollipop Power was a female owned and operated printing press that published non-sexist, anti-racist, queer inclusive children’s books in Spanish and English addressing topics such as consent, gender expression, and diverse families. The non-profit operated from 1970 to 1986 in Chapel Hill and Carrboro. Their books sought to counter the lack of diversity and sexism found in other children’s literature of the time. Not only were the books empowering, but the company was run as a collective business model which allowed all of the women involved to learn valuable business skills.