We Are All Housekeepers 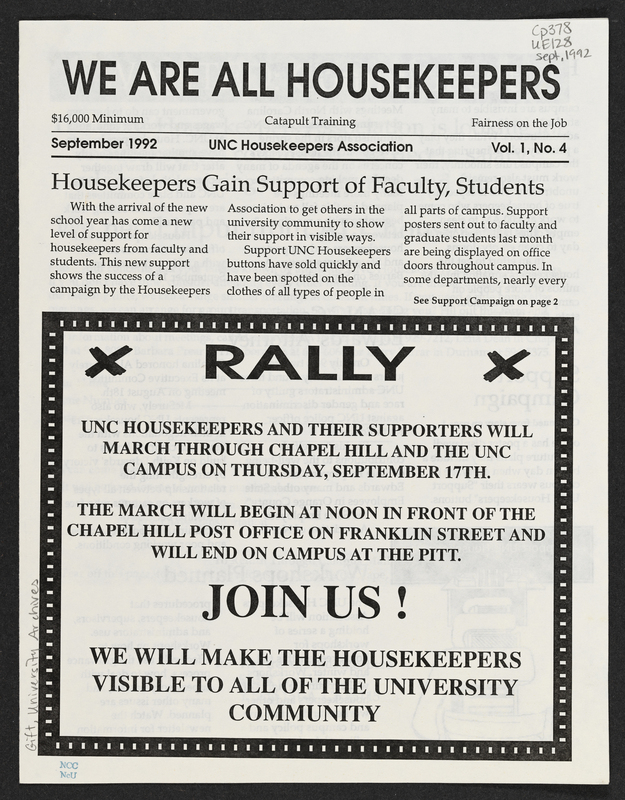 On September 18, 1992, over 250 people protested the University’s lack of response to the housekeepers’ grievances by marching down Franklin Street and across campus. Late that year, the UNC Housekeepers Association (HKA) filed a Contested Case Petition against the University for race discrimination, which eventually made its way to the Supreme Court in the summer of 1995. In January 1996, Chancellor Hooker asked the HKA for a modest proposal to settle the case out of court.