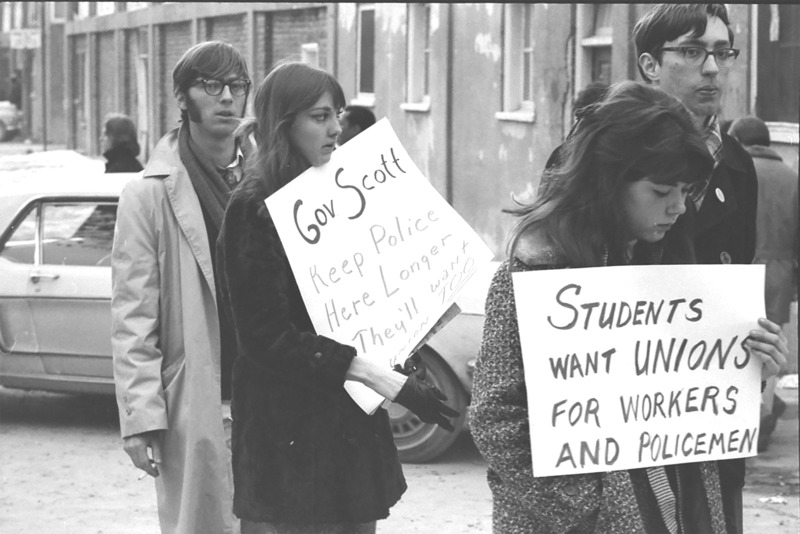 Student activists protesting in response to the policing of the UNC Food Workers Strike, February 1969
Photograph by Billy E. Barnes 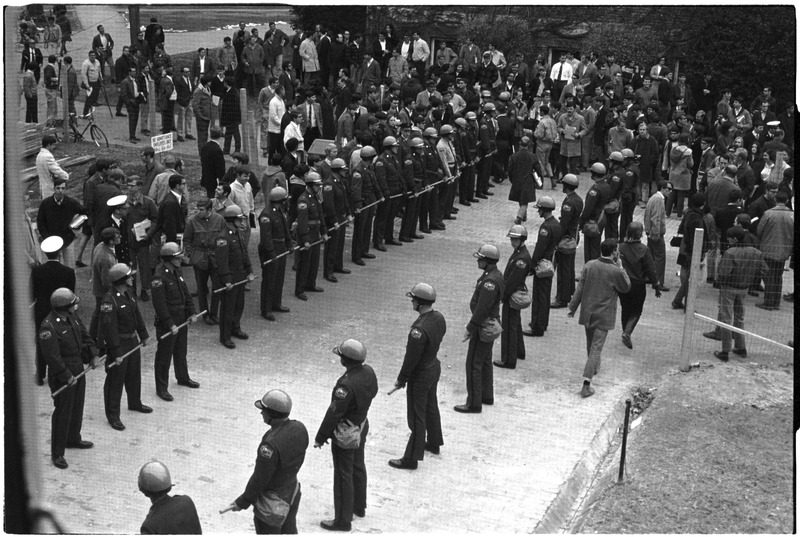 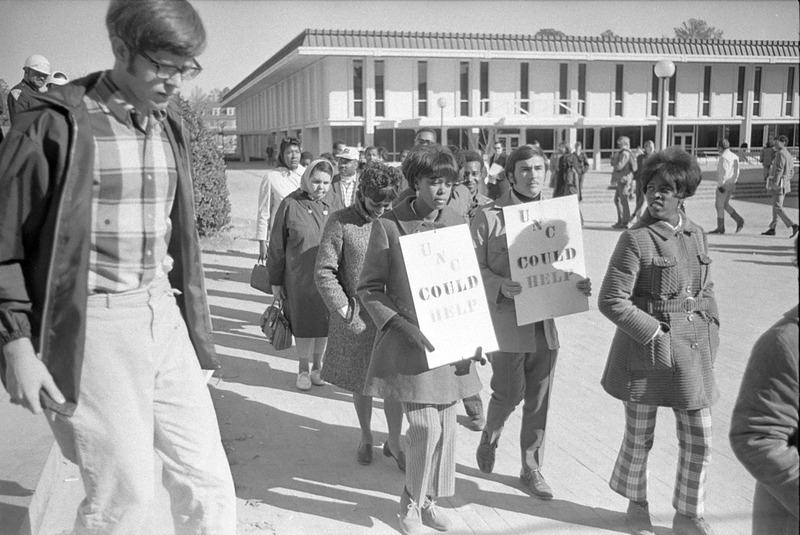 The food workers’ strike began on February 23, 1969, when Lenoir Hall workers, led by women of color, left their workstations. Students, particularly the Black Student Movement, and an increasing number of community members expressed their support, while the Governor stationed the Highway Patrol on campus and the National Guard on standby in fear of violence. Although an agreement was made in late March, the privatization of food service on campus and the dismissal of the workers’ demands led to a second strike lasting through December 9, 1969.