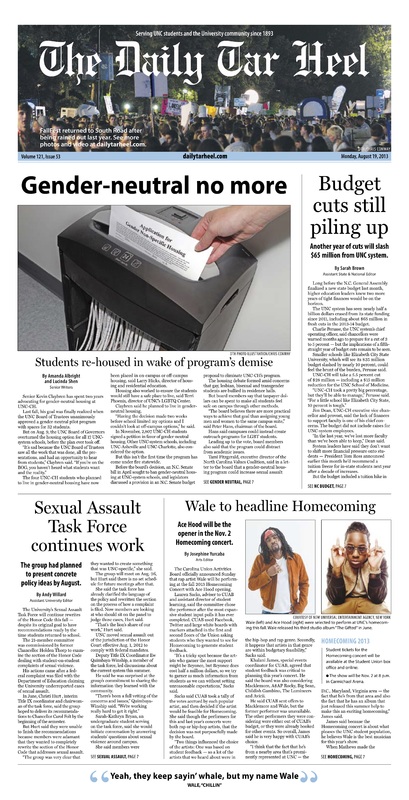 In 2013, the UNC-Chapel Hill Board of Trustees unanimously approved gender-neutral housing for 32 students, but the state system's Board of Governors overturned the program before it began. Four UNC students had planned to live in the gender-neutral spaces, and were instead placed in alternative housing. The campaign for gender-neutral housing and the University’s subsequent pushback demonstrates that cisgender women are not the only group that has struggled to overcome barriers put in place by the administration.