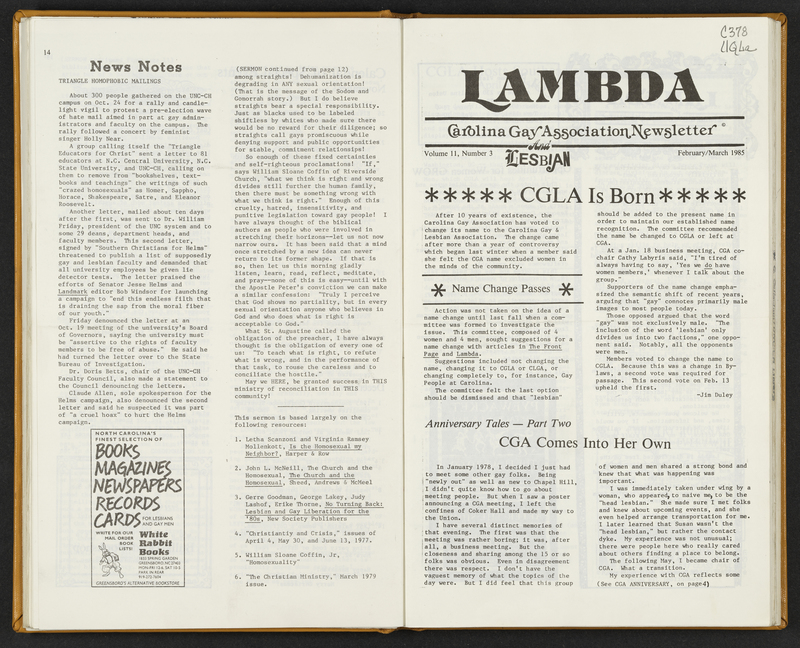 In order to increase inclusivity, the former Carolina Gay Association (CGA) changed its name to the Carolina Gay and Lesbian Association (CGLA), as shown in this 1985 issue of their newsletter, Lambda. The CGA, founded in 1974 as UNC’s first LGBTQ student organization, was created as a political advocacy and social club and provided safe gathering spaces. The CGLA was instrumental in the establishment of the Sexuality Studies Program in 2004, directed today by Dr. Sharon P. Holland.