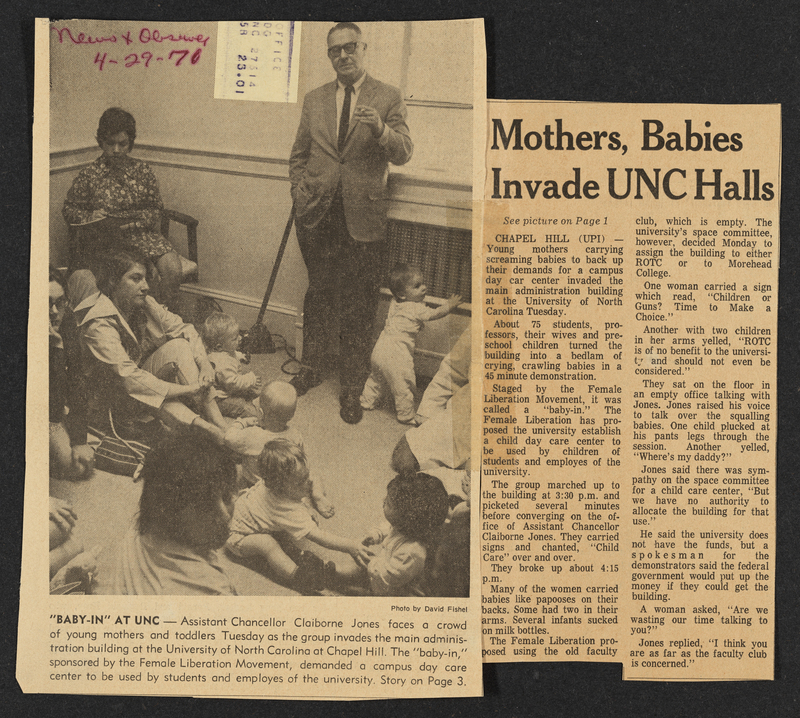 In April of 1970, a group of 75 students, professors, and professors’ wives with babies staged a demonstration at UNC’s main administration building. Later called the “baby-in”, the demonstration was led by the campus-based Female Liberation Movement, which had been trying to establish a child daycare center for students and employees at the university. The administration claimed that they did not have the funds. Without childcare, being a mother can still be a barrier to women receiving an education or maintaining a job today.