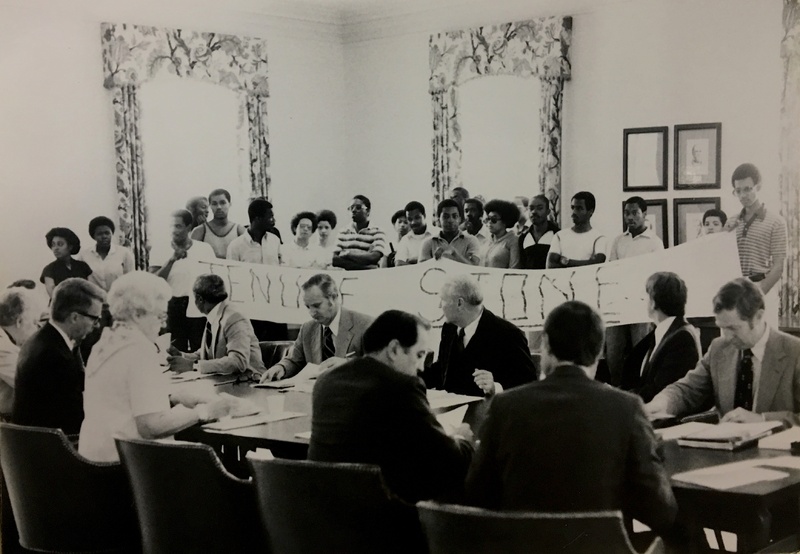 Photograph of protest in support of Sonja Stone at her tenure appeal before the UNC-Chapel Hill Board of Trustees, 1979

Sonja Haynes Stone was denied tenure in 1979, despite being highly qualified and the head of curriculum for African American Studies at UNC-Chapel Hill. This photo is from her tenure appeal before the UNC-CH Board of Trustees. Over 200 students marched in support of Stone from the South Building to Morehead Planetarium. After a yearlong process, Stone was finally granted tenure in 1980. During her seventeen years at Carolina, Stone had an incredible impact as a mentor, educator, researcher, and community leader. UNC’s Stone Center for Black Culture and History is named after her.