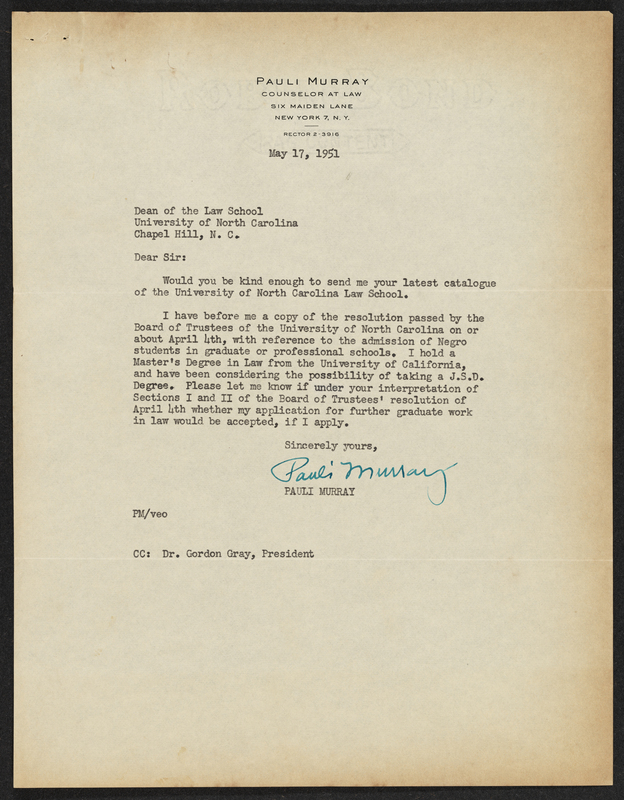 Letter from Pauli Murray inquiring about admission to the School of Law at UNC-Chapel Hill, May 17,1951

Pauli Murray was first denied entry to graduate school at UNC in 1938 because of segregation laws in North Carolina. In 1951, following a recent ruling saying that Black students could attend professional and graduate schools in the UNC system, she applied to the UNC Law School, but was again turned down because of her race. She would later become a lawyer with the NAACP and coined the term “Jane Crow” for gender discrimination. Murray also became the first ordained Black woman priest in the Episcopal Church and gave her first Eucharist at the Chapel of the Cross Church just off UNC’s campus.