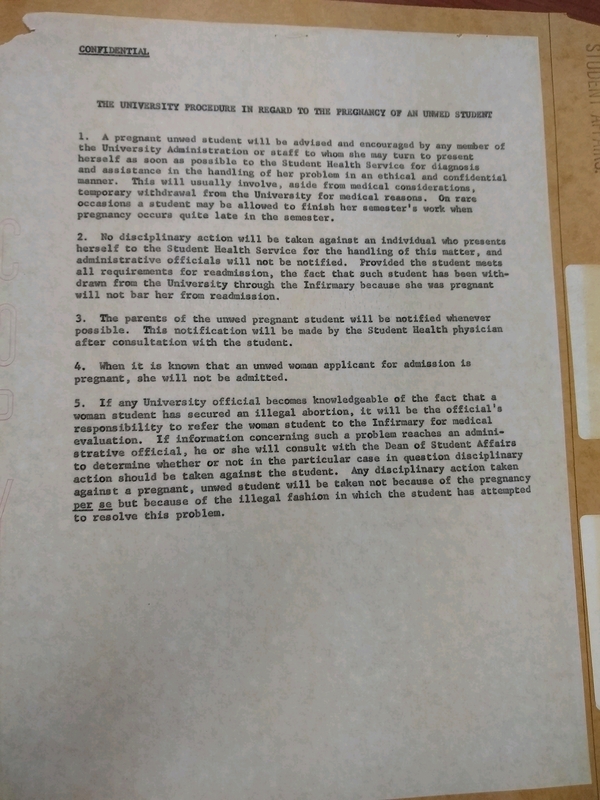 Office of the Vice Chancellor for Student Affairs of the University of North Carolina at Chapel Hill Records, 1920-2004 (Collection Number 40124)
University Archives and Records Management Services

UNC-Chapel Hill’s 1967 unwed pregnant student policy included the stipulations that unwed pregnant students would not be admitted, and that the University would take disciplinary action against any student who was known to have had an abortion. The rights of unwed pregnant students were not recognized until 1972 with the passing of Title IX, a federal civil rights law that protects people from discrimination in education due to their sex. Takey Crist, a lifelong medical doctor and OB-GYN who tirelessly advocated for women’s health and a woman’s right to choose, and his co-authors addressed the difficult choices that students had to make in The Sex Scene: Understanding Sexuality, also shown here. 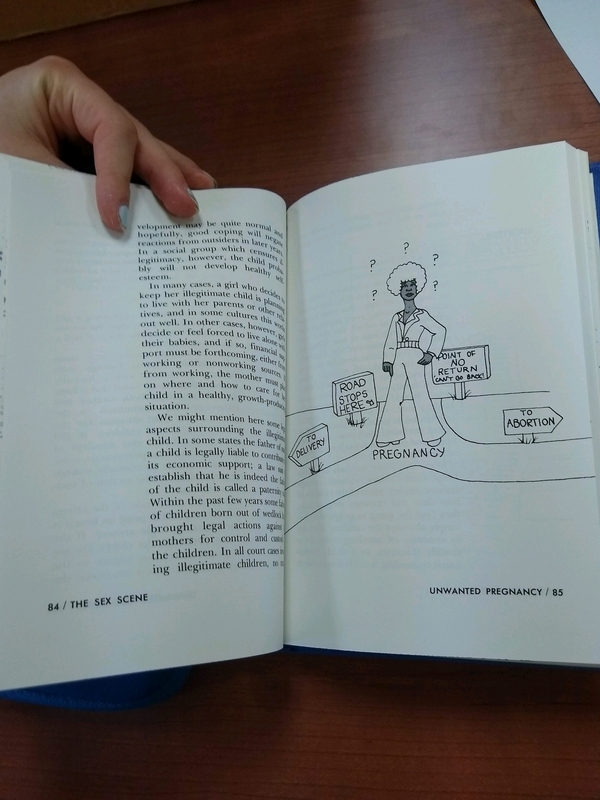