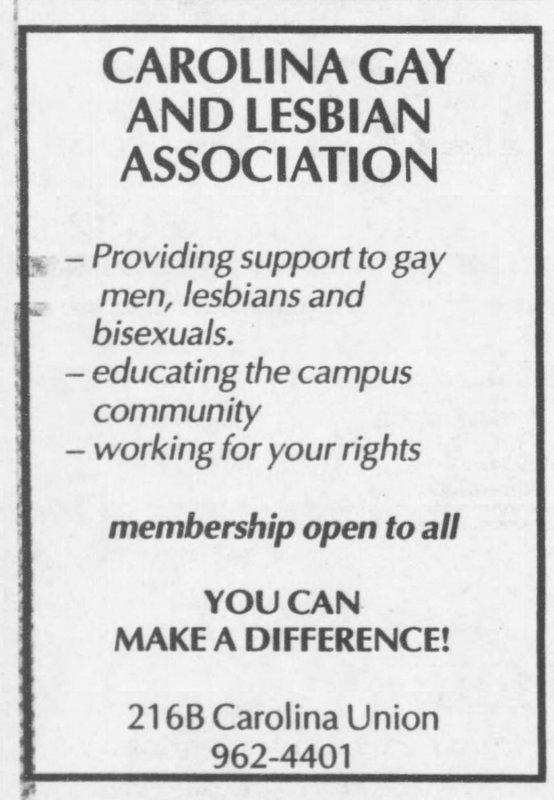 This advertisement from the pages of a Daily Tar Heel is for the Carolina Gay and Lesbian Association, a group that, until the LGBTQ+ Center was established in 2003 as a dedicated meeting space, met in the Student Union and various lecture halls. The organization aimed to support LGBTQ+ members of the UNC-Chapel Hill campus, but “Lesbian” was not added to the title until 1985. Recognizing the importance of female sexuality is extremely significant to the progress of women in the university.