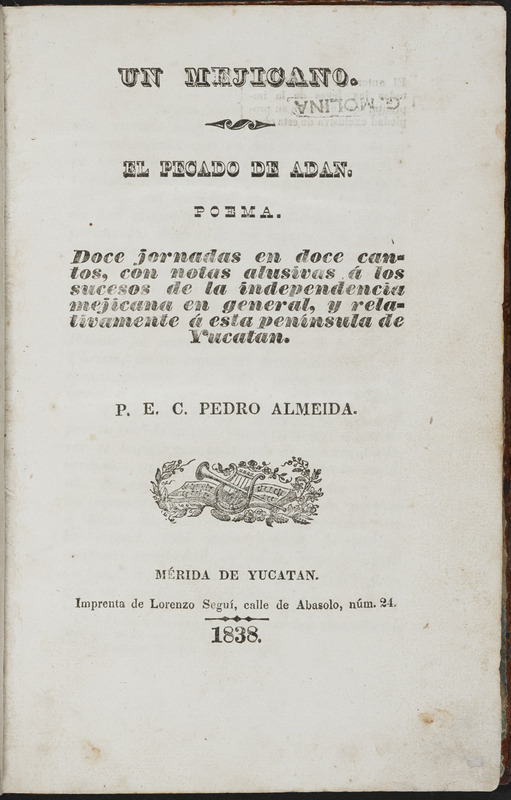 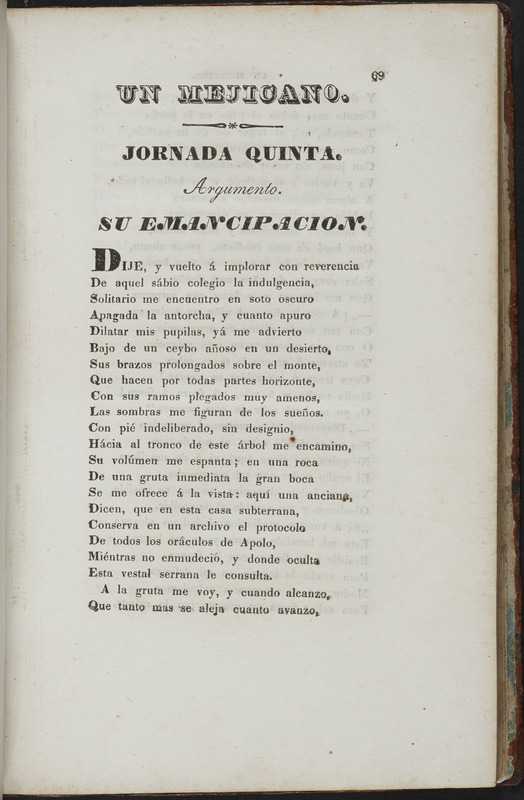 This exceedingly scarce book is considered to be the first novel published in the Yucatán Peninsula, although its form is that of a long poem composed in twelve cantos, in neoclassical style. Its rarity has been attributed to the author’s own attempts to prevent its circulation; in 2011, its importance was recognized with a scholarly reprint, which has at last brought it to a wider audience.

In a scenario indebted to Dante, the semi-autobiographical protagonist, Pedro Jiménez, is guided through hell to the edge of heaven. During twenty years of travel, he also visits different parts of Mexico, before returning to his father’s home, a wiser man. The wide-ranging subject matter touches on governmental systems, world religions, and the issues facing a recently independent Mexico, including the place of indigenous people in a nation based upon European ideas.

The subtitle of the book alludes to the successes of Mexican independence in general and in relation to the Yucatán Peninsula. In May of 1838, Captain Santiago Imán of the state militia led a revolt against Mexican centralism at Tizimín in the northeast of Yucatán. His first action was defeated, but with Maya troops—whom he promised relief from Church obventions—he gained control of Valladolid. The entire state of Yucatán rose up to drive Mexican troops from Campeche in June 1840.