Incidents of Travel in Central America, Chiapas, and Yucatan (1841) [1] 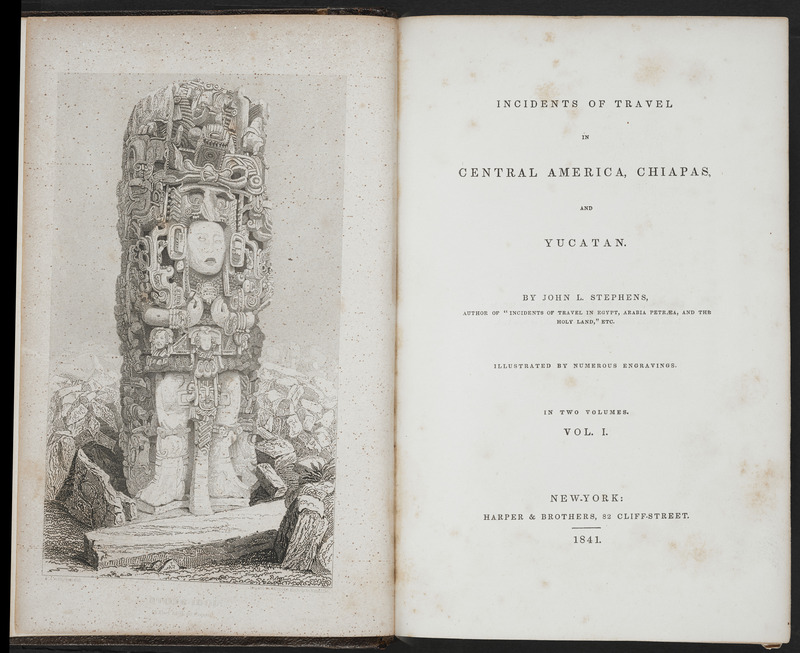 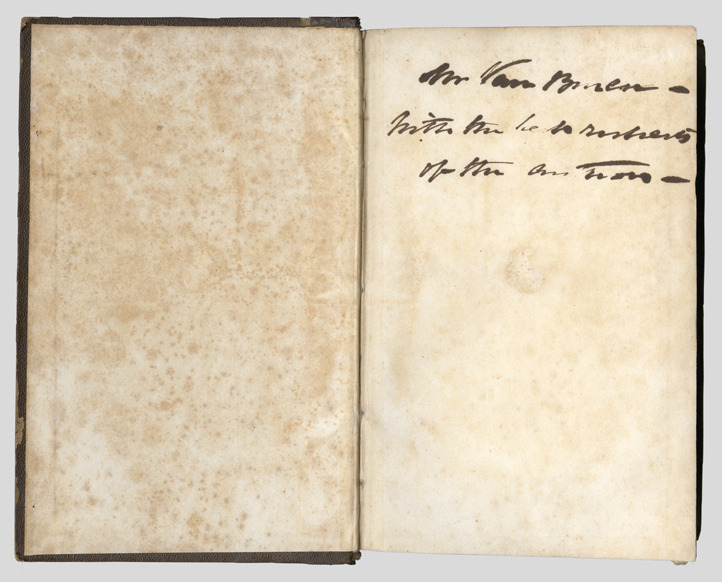 John Lloyd Stephens was a New York attorney who became a best-selling travel author. In 1834, he took a hiatus from work for health reasons. He visited Europe, Egypt, and Syria, and his journeys resulted in two books: Incidents of Travel in Egypt, Arabia, Petraea, and the Holy Land (1837) and Incidents of Travel in Greece, Turkey, Russia, and Poland (1839).

In London, Stephens met the artist and architect Frederick Catherwood, who eventually moved to Stephen's hometown to practice his profession. Inspired by the books of Río, Dupaix, and Waldeck (see Early Representations), the two resolved to explore the ancient Maya ruins. When the appointee for U.S. minister to Central America died suddenly, Stephens was offered the diplomatic post, which he accepted. Catherwood and Stephens were apprehensive that the appointment might spoil antiquarian pursuits. However, the two men managed to combine “the chase after a Government with a successful hunt for ruined cities,” as Catherwood later wrote, and produced a book that brought Maya civilization to a large audience in the United States and elsewhere (see Archaeological Discovery). They returned to Yucatán after this publication and produced another two-volume work devoted specifically to its ruins.

Stephens inscribed this particular copy of the first edition to President Martin Van Buren, to whom he dedicated the work in gratitude for his appointment.