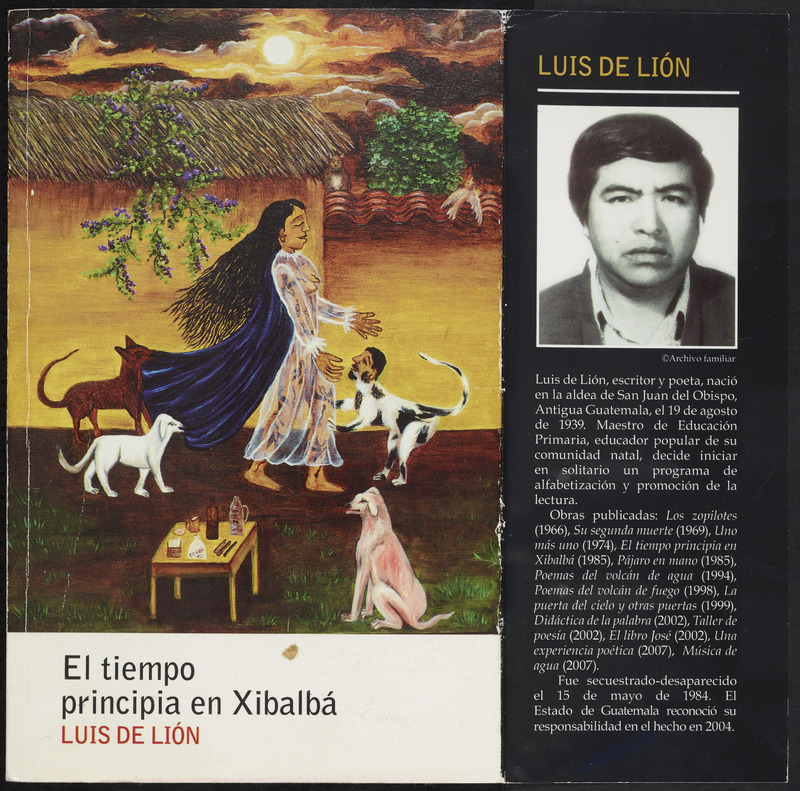 Front cover and flap with photograph and biography of the author.

Luis de Lión is the pen name of José Luis de León Díaz, who was born in the Kaqchikel village of San Juan del Obispo, Sacatepéquez, Guatemala. A poet, novelist, and teacher who eventually moved to Guatemala City, he was one of Guatemala’s first indigenous writers in Spanish in the twentieth century.

He is best known for his novel, El tiempo principia en Xibalbá =Time Begins in Xibalbá, which won the Central American novel prize at the Juegos Florales at Quetzaltenango in 1972. It was not published, however, until 1985, after Lión’s death. The book is a foundational work for modern Maya literature and scarce in that first edition.

Lión was a member of the Partido Guatemalteco del Trabajo, the Guatemalan Workers’ Party. In May 1984 he disappeared. In 1999, his name appeared in a Guatemalan military diary that contained names and photographs of people assassinated by the military’s death squad. The government of President Oscar Berger publicly asked forgiveness from Lión’s family in 2005.