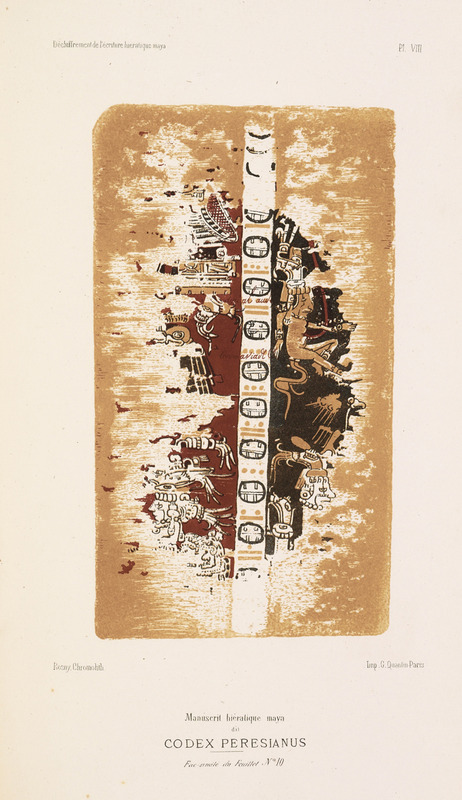 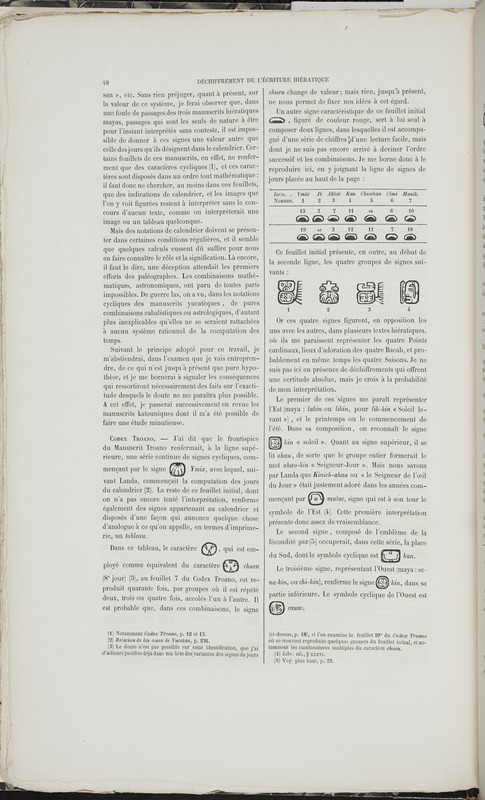 Plate VIII, to the left, is a chromolithographic facsimile of a page of the Paris Codex, also known as the Codex Peresianus. It illustrates a famous essay on decipherment of Maya writing by the linguist Rosny. A brilliant Orientalist who had studied the Chinese, Japanese, Korean, Thai, and Vietnamese writing systems, Rosny rediscovered the Paris Codex at the Bibliothèque nationale de France in 1859. The manuscript had been catalogued in 1832, but subsequently forgotten. Current scholarship believes the book to have been made at Mayapán, Yucatán, and possible creation dates range from the thirteenth century to as late as 1450.

In this highly important study, Rosny interpreted Landa’s work on the hieroglyphs (see Decipherment) to indicate that Maya writing was phonetic and logographic. While not all of Rosny’s decipherments were valid, he did correctly identify the glyphs for north, south, east, and west, a significant breakthrough at the time (see below, page 48, second column, 1-4).