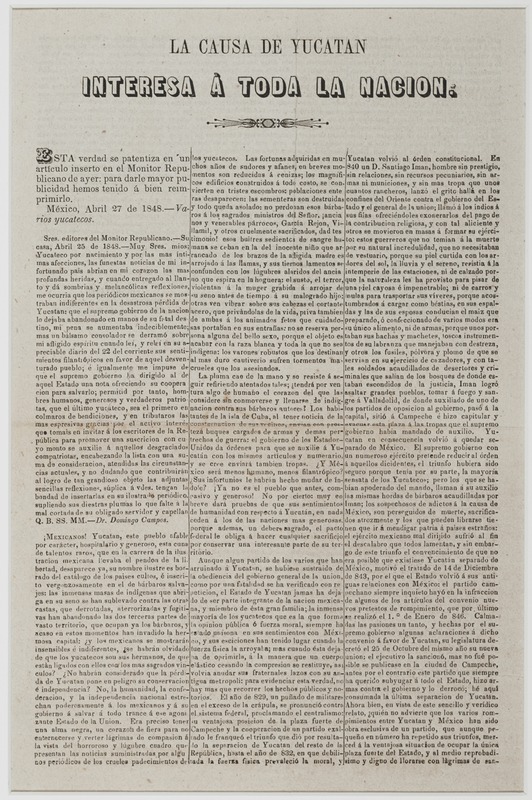 This broadside reprints an article that appeared in the Mexican newspaper Monitor republicano in April 1848. In the preceding month, Valladolid, Yucatán, had fallen to Maya rebels, and this text recounts the strife from the ruling-class point of view. Dr. Campos details the recent political history of the region with respect to Mexico, including the 1838 revolt against Mexican centralism led by Santiago Imán; the 1840 separation of Yucatán from Mexico; and its reunification with Mexico in 1843. In light of Mexico’s losses in the Mexican-American War, Campos makes an appeal for the strategic importance of Yucatán to Mexico—if humanitarian reasons fail to compel the central government to help suppress indigenous uprisings. Campos calls Yucatán the gateway of the Republic, having on one side the British settlement of Belize; on another, New Orleans in the United States of North America; and the island of Cuba, a Spanish colony, directly opposite. He notes that the Yucatán government has received help from both Cuba and the United States in its fight against the insurgency.