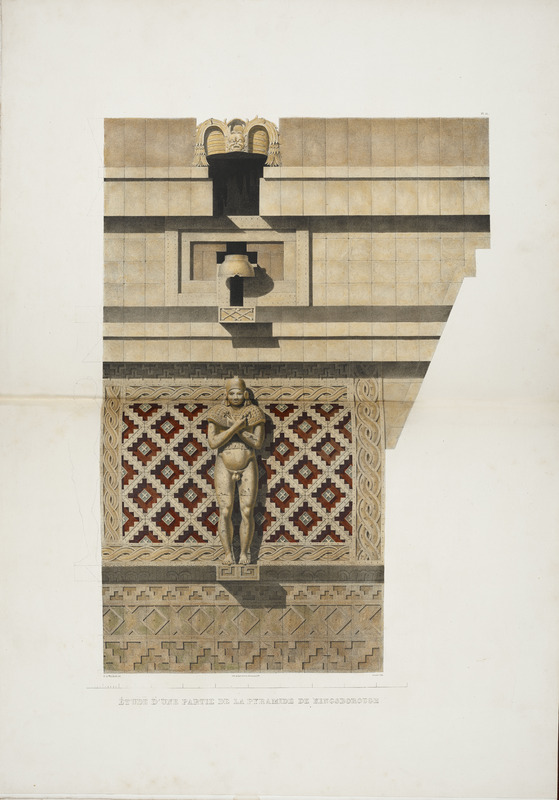 This volume is the third of three conceived by Waldeck about Yucatán and the first and only of them published. It was produced in two versions, hand colored and uncolored. In London, where Waldeck executed the illustrations for the Río book, he met Irish antiquarian Lord Kingsborough, who would produce a nine-volume work on The Antiquities of Mexico (1829–1848).

Kingsborough funded Waldeck's travel to Mexico, where he delineated the ruins, especially in Uxmal. Waldeck was influenced by Kingsborough's belief that Mexico's monuments had been created by the Lost Tribes of Israel. And his image of the Pyramid of the Magician at Uxmal (left), which he names the Pyramid of Kingsborough, is clearly influenced by his knowledge of Egyptian art and architecture.

In addition to archaeological renderings, the book included six depictions of native types in landscape settings, in keeping with the "picturesque voyage" genre (see below). 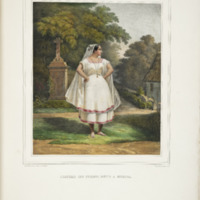 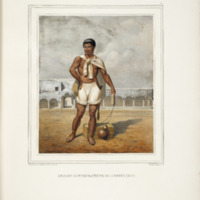 Waldeck describes the Yucatec people in European and sexist terms. He praises the beauty and ardent gaze of the Mérida mixed-ancestry women, comparing them to the finest female creations of Michelangelo. He writes that all the indigenous men dress the same (near left) and are less flirtatious than the women. He identifies the background buildings in this image of an "Indian smuggler" as the prison and the governor's palace.