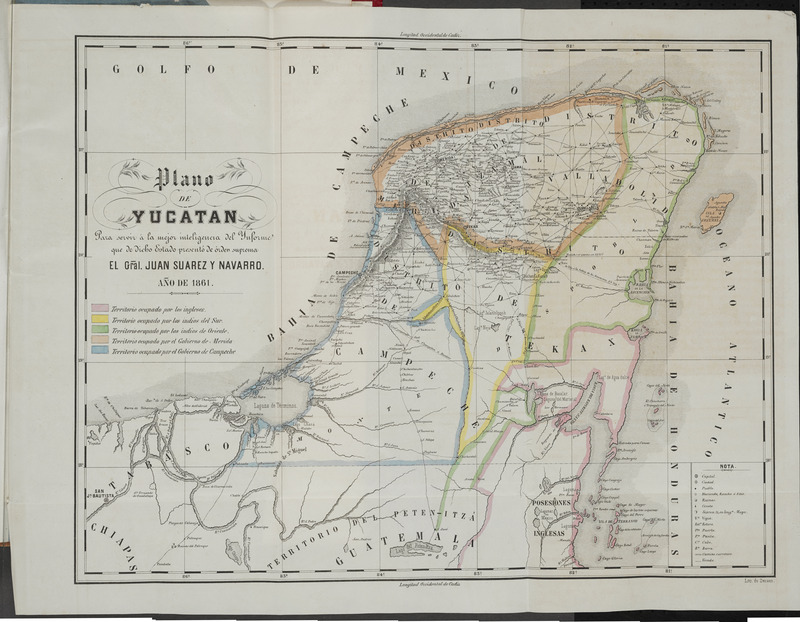 This book by a Mexican government official who served under both Santa-Anna and Benito Juárez looks at the underlying causes for the debilitating political volatility in Yucatán. It offers advice for restoring law and order and against the continued sale and export of Maya captives as slaves to Cuba. And it suggests that race and the promotion of native rights contributed to the Caste War.

Suárez de Navarro opposed the establishment of Campeche as a Mexican state separate from Yucatán in 1858. After the French capture of Mexico City in 1863, he went on to serve in the Emperor Maximilian’s government.