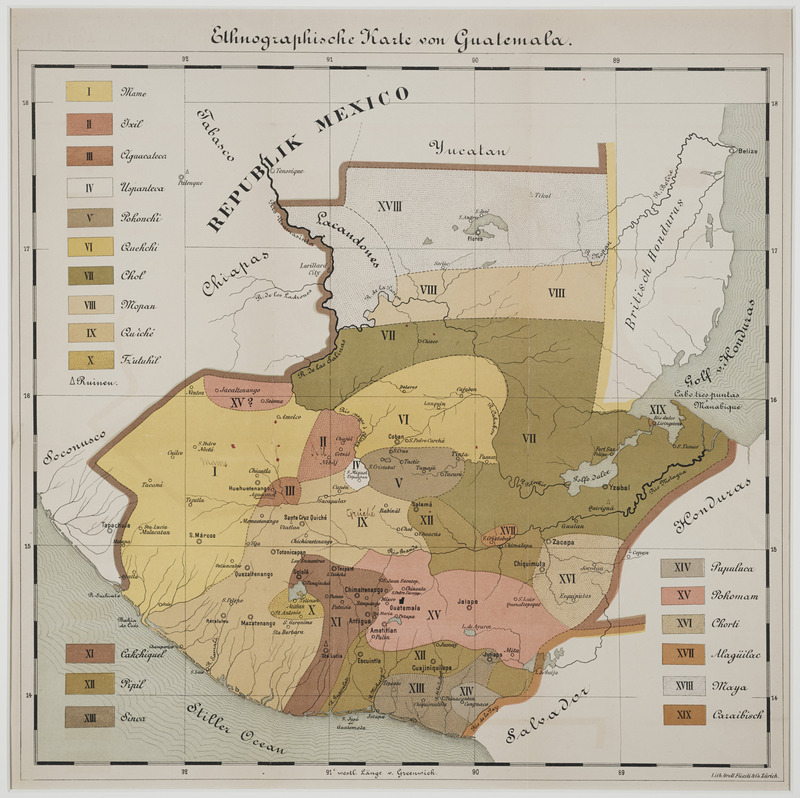 A Swiss medical doctor, Stoll was a student of the flora and fauna of his native land and of Guatemala, to which he immigrated in 1878. He joined the faculty at Guatemala’s University of San Carlos the following year and traveled widely in the country, scaling the volcanoes Agua and Fuego, the latter with archaeologist Alfred Maudslay. His interest in the nation’s ethno-linguistic groups, particulary K’iche’ and Kakchiquel, led him to write the book that was issued with this map. His study was of sufficient merit to be translated into Spanish for publication in Guatemala nearly seventy-five years later.