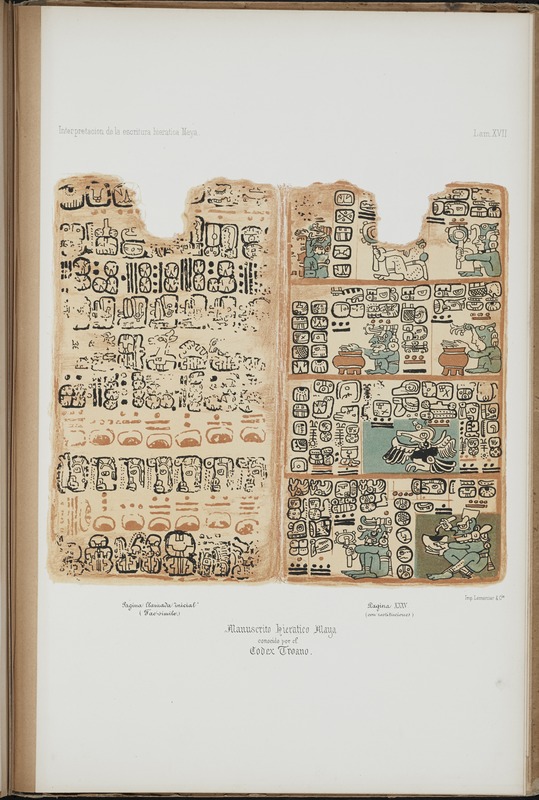 This Spanish-language translation of Rosny’s essay on hieroglyphic writing is open to a reproduction of the Codex Troano, which was named for a previous owner, Don Juan Tro y Ortolano, a professor of Spanish palaeography. In his prologue to this book, Juan Rada y Delgado endorses Rosny’s assertion that the Maya codex purchased by a Madrid museum in 1875 and named the Codex Cortesianus is truly part of the same book as the Codex Troano, which was discovered in Spain in the 1860s by Brasseur de Bourbourg. The two fragments were reunited in 1888, and the whole is now known as the Madrid Codex. The reconnected manuscript consists of fifty-six leaves, with writing on both sides. Its date has been disputed, with most scholars believing that it was probably executed late in the Post-Classic period but before the Spanish invasion.