Incidents of Travel in Central America, Chiapas, and Yucatan (1841) [2] 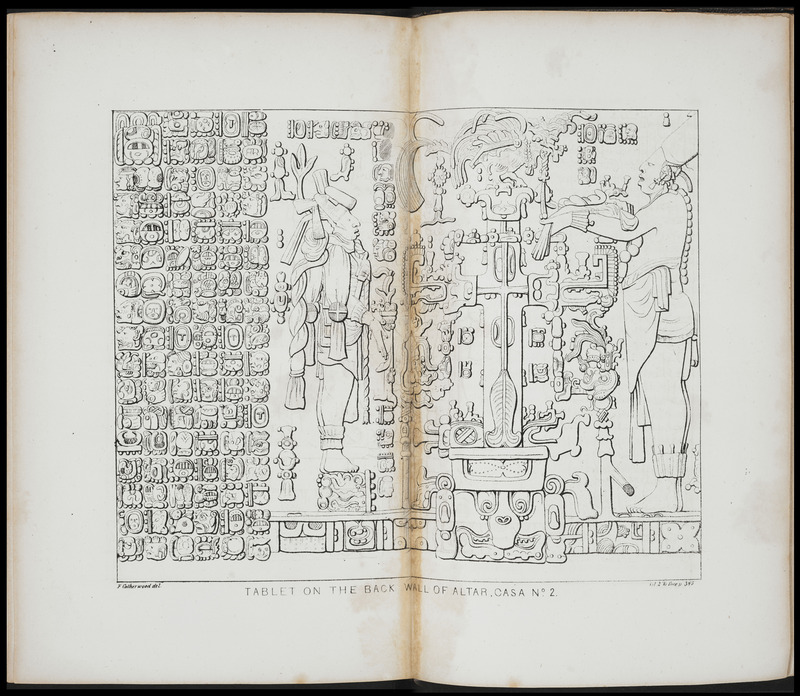 Frederick Catherwood, delineator, "Tablet on the Back Wall of Altar, Casa No. 2."

Stephens and Catherwood visited the ruins at Palenque on their first journey. Stephens notes how both the Río and Dupaix volumes failed to depict the extensive hieroglyphic inscriptions at the site. Catherwood’s engraving of this relief panel of the Temple of the Cross, although not fully complete, includes six columns of hieroglyphics, in contrast to the renderings by Waldeck in Río and Dupaix. 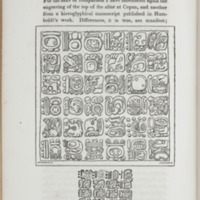 Stephens here compares the top of an altar at Copán with the Dresden Codex, as reproduced by Alexander von Humboldt. He correctly notes the relationship between the sculpted forms and the hierogyphic writing of the famous manuscript.