Incidents of Travel in Central America, Chiapas, and Yucatan (1854) 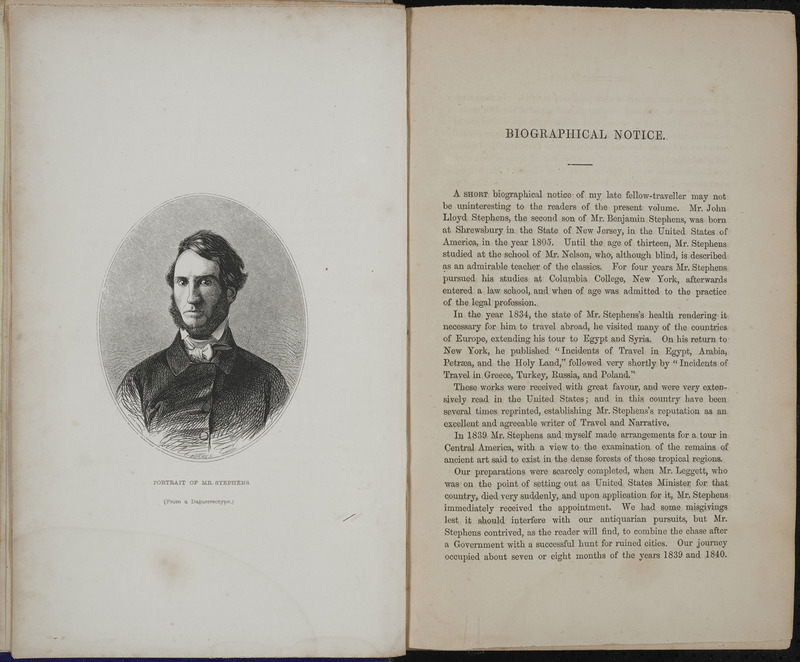 Portrait and page v: Wood-engraved "Portrait of Mr. Stephens" after a daguerrotype,

Stephens’s account of his travels was reprinted over and over again. This London edition, produced just two years after his death, includes a biography of him by his collaborator, Catherwood, which discusses his life post-Maya exploration. Back in New York, Stephens formed the American Ocean Steam Navigation Company and then traveled to Panama to build a railway across the isthmus from the Atlantic to Pacific Oceans. Catherwood joined him there to work on the project, but both suffered from tropical illnesses. Stephens died in New York in autumn 1852.