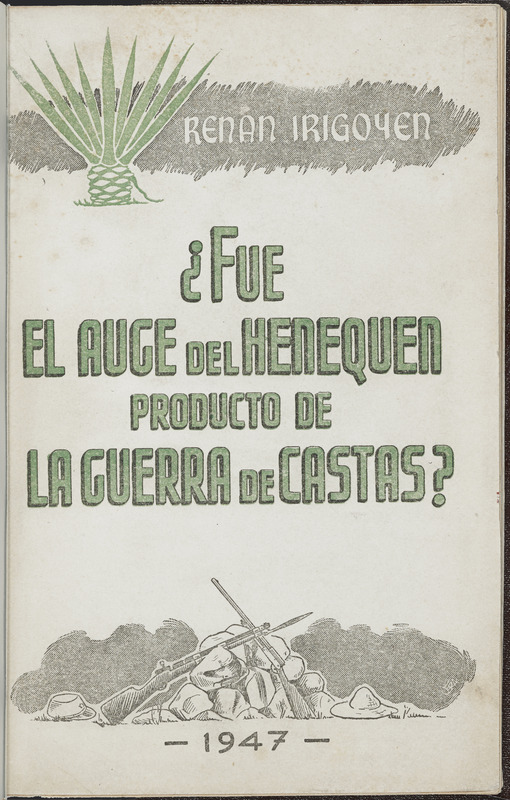 This book's title asks the question “Was the henequen boom a product of the Caste War of Yucatán?” Issued on the hundredth anniversary of the 1847 native revolt that began the conflict, the text suggests that “without this painful event, which cost half the population of the peninsula and destroyed its very mediocre economy, Yucatán perhaps would not have applied itself to the favorable opportunity for the growth on a grand scale of its green gold, so tied from then on to its great economic and material development.” The cover’s graphic shows rifles, emblematic of the war, and an agave plant.

Published by the henequen producers of Yucatán, who achieved fantastic wealth cultivating the agave henequen plant for cordage, the text states that the shortage in the labor force due to the Caste War prompted the Yucatán Congress to decree a special prize for the inventor of a machine to rasp the henequen plant. Prisoners of war who could not be sold into slavery in Cuba also bolstered the legion of agricultural workers used in the henequen industry.

In the last part of the nineteenth century, the McCormick reaper enabled a binder twine boom. Henequen plantations multiplied and expanded beyond their traditional location in the northwest of Yucatán, shifting land away from the production of food. A system of debt peonage with mainly Maya labor—as well as indentured Asians and Yaqui Indians—supplied the workforce. 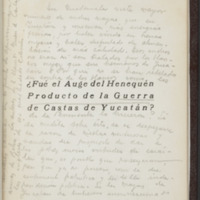 Title page: The annotations discuss the difference between Maya in Yucatan and those in Guatemala and possible reasons for the latter's failure to rebel. 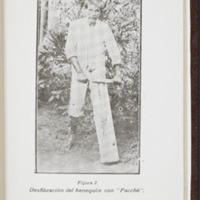 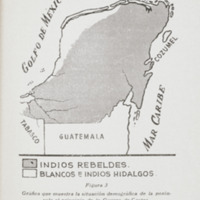 Figure 3: graphic that shows the demographic situation of the peninsula at the beginning of the Caste War. The shaded area indicates land with "Indian rebels."