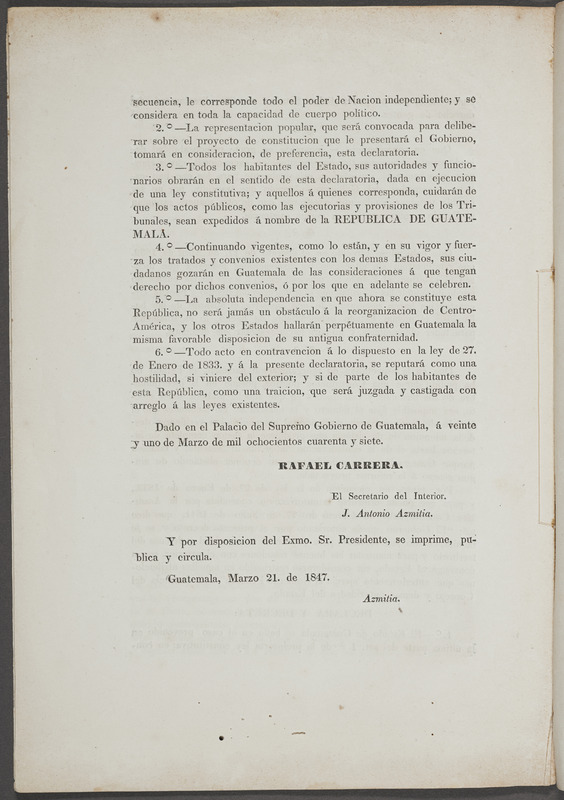 Rafael Carrera was an illiterate drummer boy of mixed European and indigenous ancestry who rose to be president and eventually dictator of Guatemala. An extraordinary figure, he led a peasant revolt, opposing liberalism, and re-established the clergy. Perhaps because of his opposition to liberalism and his own ethnic background, the indigenous people were relatively less oppressed during his rule, although Maya still experienced the dispossession of the Spanish period.

In this manifesto, Carrera offers a thirteen-page review of Guatemalan political history as background to his Decreto 15 at the end, in which Guatemala declares itself a republic independent of the Central American federation. Seven years later he became a president for life and, in 1862, attacked the nation of El Salvador.