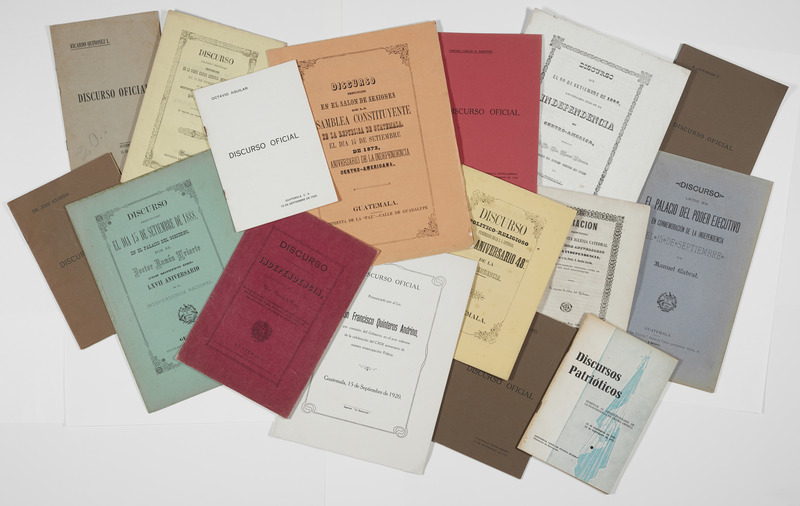 This selection of speeches celebrating the anniversary of Guatemalan independence evidences the different rhetorical stripes of the various governmental regimes. While most make no mention of the large Maya population, noteworthy are those from the 1920s, which invoke ancient Maya civilization as a historic high point. Others discuss the wrongs suffered by the Maya, such as the 1925 speech, which states that the Maya were unjustly enslaved by the Spanish and another from 1929, declaring that mistreatment of the indigenous people began in colonial times and has continued post-independence and should be stopped.