Incidents of Travel in Central America, Chiapas, and Yucatan (1842) 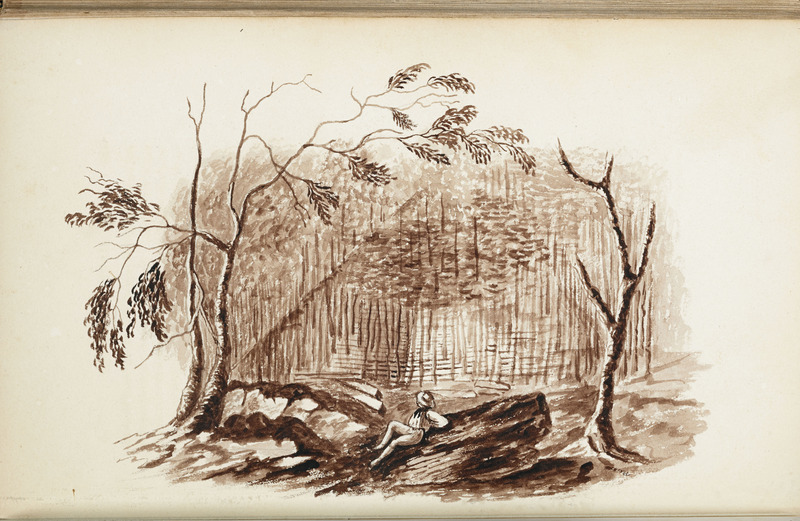 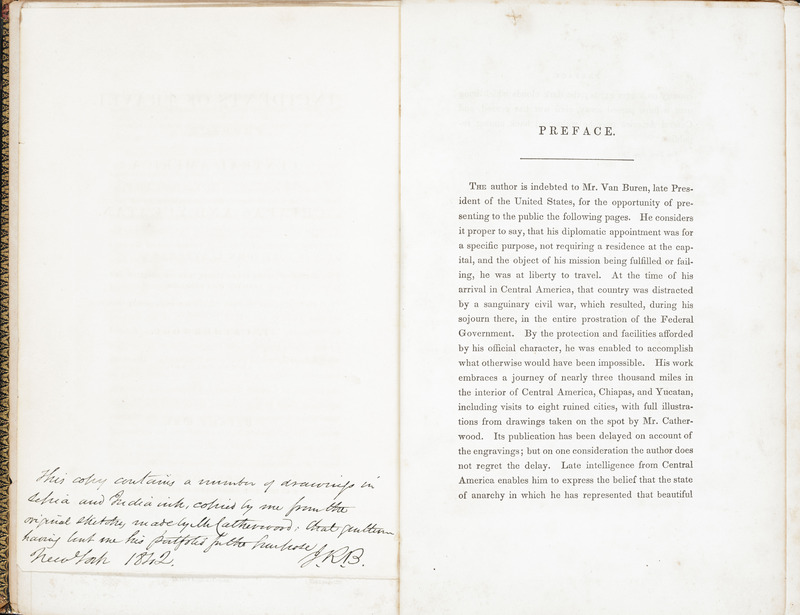 Bartlett's explanation of the extra-illustrations at lower left.

It was at the New York bookstore of John Russell Bartlett that Stephens and Catherwood consulted the publications of Dupaix and Waldeck, which stimulated their interest in the Maya ruins. Bartlett has extra-illustrated this particular volume of Incidents of Travel in Central America, Chiapas, and Yucatan with contemporaneous prints from various sources and, most significantly, drawings he made after original Catherwood drawings lent to him. Most of the drawings are of landscapes and post-invasion Spanish architecture. However, the one at left gives a fair rendering of how a pyramid appeared as a vegetation-covered mound upon first encounter.