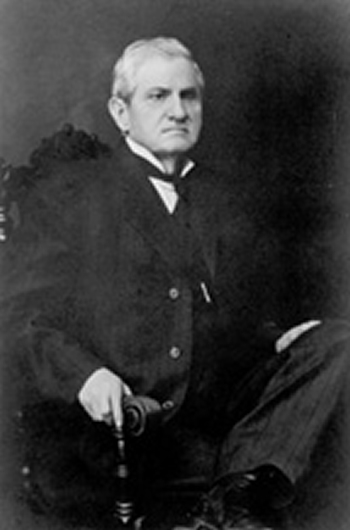 Ben Tillman was one of the most prominent political leaders in South Carolina in the late nineteenth and early twentieth century, serving two terms as Governor and four as U.S. Senator. Tillman was a champion of small farmers and a frequent critic of business interests. On many issues Tillman sounded like a Populist, but when he was called in to help with the 1898 campaign in North Carolina, there was no question as to which side he would take.

Tillman got his start in politics in the 1870s, working with a small militia group that terrorized African American voters. Tillman always took a strong stand on racial issues, leading efforts toward disfranchisement of African Americans and segregation. When he spoke in southeastern North Carolina toward the end of the 1898 campaign, he was accompanied by the "Red Shirts," a band of armed men on horseback, all dressed in red. The Red Shirts were brought in with the express purpose of intimidating -- and in some cases, attacking -- African American voters.