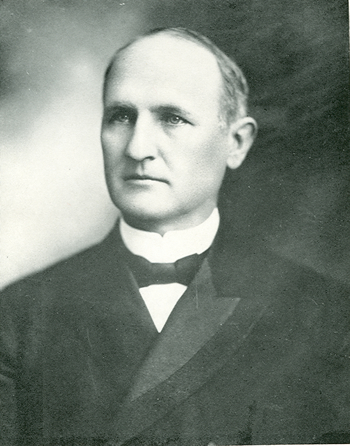 When the Democrats launched their 1898 campaign at a rally in Laurinburg in May, Charles Brantley Aycock was one of the featured speakers. Aycock was a lawyer from Goldsboro who had been active in Democratic politics for nearly twenty years. He was already a popular figure - the News and Observer account of the rally referred to him as the "idol of the east" and a "power 'on the stump.'"

Although he was not running for office himself in 1898, Aycock was one of the most frequent speakers on the campaign trail. He addressed audiences throughout the state and represented the Democrats in debates with the Populist secretary of state Cyrus Thompson.

By 1900, Aycock's popularity had risen to such a level that he was unopposed for the Democratic gubernatorial nomination. During his four years in office, he led an extensive campaign to improve North Carolina's public schools. Aycock died in 1912, on the verge of a campaign for the U.S. Senate.