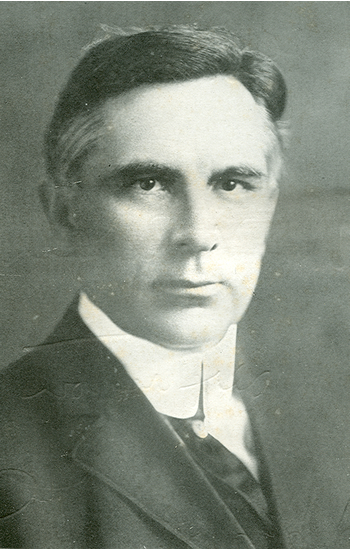 Asheville lawyer Locke Craig was called the "Little Giant of the West." Like Stephen Douglas, the original "Little Giant," Craig was short in height but was a commanding speaker. Along with eastern North Carolina counterpart Charles Aycock, Craig was one the featured speakers at the rally in Laurinburg in May 1898 that launched the Democrats' campaign.

Craig spoke around the state during the 1898 campaign and was especially effective in his home, Buncombe County, which elected him to the state legislature by 700 votes. This was significant for a county that was not a Democratic stronghold and which only two years before had elected a Republican by a 600 vote majority. In the legislature, Craig worked on the constitutional amendment that would effectively disfranchise African American voters.

Craig twice failed in attempts at higher office, unsuccessfully seeking his party's nomination for the U.S. Senate and the North Carolina governorship. Finally, in 1912, he was nominated and elected Governor. The Craig administration oversaw advances in state-supported social services and much-needed improvements in western North Carolina. After leaving office in 1917, Craig returned to his law practice. He died in 1924.