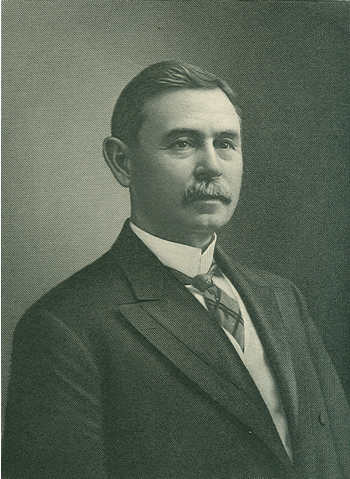 After losing statewide elections in 1894 and 1896 to the Populist-Republican fusion ticket, North Carolina Democrats turned to Furnifold Simmons for help. The Jones County native was the architect of the Democrats' 1892 campaign -- the last in which they were successful -- and was widely acclaimed for his skills as a political organizer. He was again named chairman of the state Democratic party and began working with party leaders at the county level, developing local political organizations that he would rely on for the rest of his career. He also arranged a speakers bureau, consisting of prominent lawyers, businessmen, and politicians, who traveled the state delivering addresses which stressed Democratic issues. While both the county organizations and the speakers bureau were important steps toward unifying state Democrats, Simmons's most significant contribution to the campaign was his decision to focus nearly all of the party's efforts on a single issue. He wrote, "While we dealt with graft and advocated the free coinage of silver, the keynote of the campaign was White Supremacy, and I believe I was chiefly responsible for the choice of the issue."

Simmons kept the issue of African American officeholders, whom he portrayed as corrupt and unqualified for office, at the forefront of the campaign. He even arranged for photographs of African American civic leaders to be sent to party officials in western North Carolina who were skeptical of the claims of "negro domination" in the east. He made few speeches during the campaign, concentrating his efforts on party organization and publications.

When the Democrats swept to victory, Simmons led efforts to ensure a Democratic majority by disfranchising African American voters. He drafted the amendment to the state constitution that would impose new limits on suffrage and helped to lead it through the legislature. In recognition of his political skills, and as a reward for his service to the party, Simmons was nominated by the Democrats for a senatorial seat in 1900. He was elected and would serve until 1930, becoming one of the most powerful figures in the U.S. Senate, noted for his work in the commerce and finance committees.