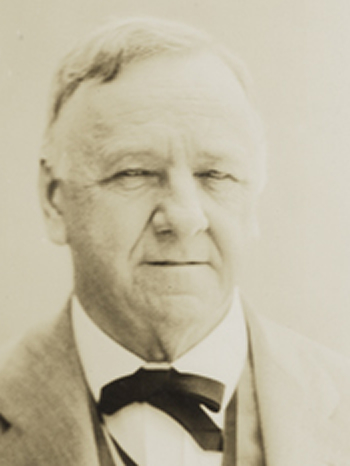 When Josephus Daniels purchased the Raleigh News and Observer in 1894, he immediately became one of the leading political figures in the state. The paper, which by 1898 was the self-proclaimed "largest daily in North Carolina," was strongly Democratic and became the closest thing to an official party organ.

Daniels was involved in the Democrats' 1898 campaign from the beginning, working with Furnifold Simmons and other party leaders to formulate strategy. Daniels wrote later that "The News and Observer was the printed voice of the campaign." In the months leading up to the November election, the News and Observer hammered away at Republican and Populist leaders and maintained the party's steady cry of white supremacy. Daniels wrote,

. . . The News and Observer was relied upon to carry the Democratic message and to be the militant voice of White Supremacy, and it did not fail in what was expected, sometimes going to extremes in its partisanship. Its correspondents visited every town where the Fusionists were in control and presented column after column day by day of stories of every Negro in office and every peculation, every private delinquency of a Fusion office-holder. (Editor in Politics, p. 295.)

One of the most effective tools of the campaign was the use by Daniels of editorial cartoons, which usually ran on the front page of the paper. Daniels and cartoonist Norman Jennett came up with the topics, which frequently ridiculed Governor Daniel Russell and North Carolina's African American politicians. At a party celebrating the Democratic victory, a motion was passed to thank the News and Observer for its leadership throughout the campaign.

After 1898 the News and Observer continued to prosper. Daniels was one of the leading spokesmen of the "New South" and remained active in Democratic politics, serving in the administrations of Woodrow Wilson and Franklin D. Roosevelt. When he died in 1948, the editorship of the newspaper passed to his son, Jonathan, and the News and Observer would remain in the Daniels family until 1995.