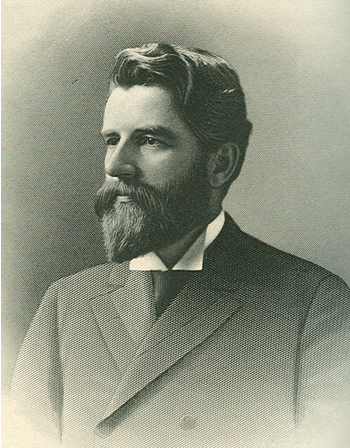 After the death of Populist leader Leonidas LaFayette Polk in 1892, North Carolina Populists turned to Sampson County native Marion Butler to lead their party. Butler had been active in the Farmers Alliance for more than a decade, promoting the cause of the farmer through his newspaper, the Caucasian, published first in Clinton and later in Raleigh.

Butler was the Populist party state chairman in 1894 and was a key participant in the negotiations that led to fusion with the Republicans. When the fusion government took control of the state legislature after the election of 1894, they elected Butler to the U.S. Senate. Butler did not have a great deal of influence in the Senate, as there were not enough Populists to command significant attention from the other parties, but he is credited with helping to establish rural free delivery of mail.

Butler was a proponent of fusion between the Populists and the Democrats. When this was rejected by the Democrats at the start of the 1898 campaign, Butler again led negotiations to fuse with the Republicans. During the campaign, Butler appeared frequently in North Carolina, often in debates with Democratic speakers. He was attacked by the Democratic press, with the News and Observer often criticizing the effects of “Butlerism” in North Carolina. Toward the close of the campaign, after white supremacy had dominated the discourse, Butler’s paper, the Caucasian, increasingly echoed the cries of the Democrats, but tried to reverse them, arguing that many African Americans had been appointed to office by Democratic politicians and that the Populists were the true white man’s party.

While he remained active in North Carolina politics, Butler was increasingly concerned with national issues. He helped to arrange fusion between the Populists and the national Democratic party, which ran William Jennings Bryan for president. This is a good illustration of the shifting allegiances and soft boundaries of political parties in that period; while the Populists fused with the Democrats on the national level in 1896 and 1900, they continued to work with the Republicans in North Carolina during those same elections.

After he failed to be re-elected in 1900, Butler continued his legal career and was a successful businessman. As the Populist party faded, his political allegiance shifted to the Republicans, on whose behalf he campaigned well into the 1930s.