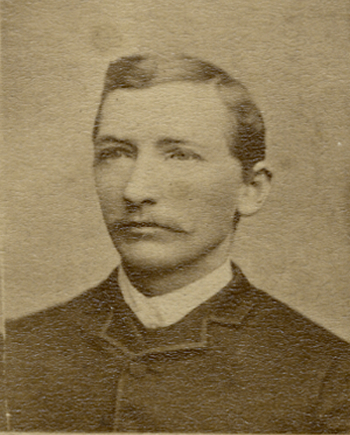 Cyrus Thompson was born in Onslow County, N.C. He was educated at a prep school in Raleigh and then in Virginia and Louisiana, where he studied medicine. He returned to North Carolina and began a medical practice in the 1880s. Unable to support his family solely from this, he began farming and was soon active in the Farmers Alliance. His leadership role in the Alliance led him into the Populist Party in the 1890s. Thompson was elected as Secretary of State on the fusion ticket of 1896, and served until 1901.

In 1898, Thompson was named the Populist state chairman. With Marion Butler often involved with national Populist issues, Thompson assumed an increasingly important role in the state party. During the campaign, he was the most prominent Populist on the stump. He was a noted orator and appeared frequently in debates against Democrats. Josephus Daniels said that as a debater Thompson "had eloquence and vehemence, he was tremendously interesting in his sidelights and stories, and he had an originality and a quaintness that were attractive." Thompson spoke in favor of continued financial reform in the state and the free coinage of silver. He accused the Democratic party of being in the hands of "gold men and monopolists."

After leaving office, Thompson remained active in politics, his allegiance shifting to the Republican and Progressive parties. He served for many years on the State Board of Health and remained an active and popular speaker.