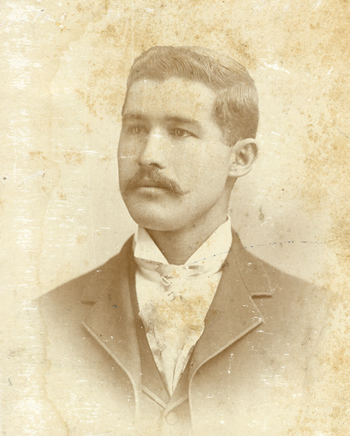 Little is known about Alexander Manly either before or after the time he spent in Wilmington, N.C. in the late 1890s. He assumed the editorship of the Wilmington Daily Record, an African American newspaper, in 1895. By 1898 the paper was billing itself as "The Only Negro Daily in the World." Both the Daily Record and Manly were thrust into the 1898 campaign when, on August 18, the paper published an editorial suggesting that African Americans were unfairly portrayed as violent brutes and that it was possible to have a consensual physical relationship between an African American man and a white woman. The author of the unsigned editorial has never been definitively identified. Manly, as the paper's editor, is most often given credit -- and it was he who was villified during the campaign -- but associate editor William L. Jeffries later claimed to have written the piece.

The editorial was quickly discovered by the white Democratic press and reprinted in papers throughout the state. It appeared under headlines such as "Vile and Villainous" and "An Insult to the White Women of North Carolina." Some prominent Democratic papers, including the Wilmington Star, reprinted the text of the editorial in nearly every issue in the months leading up to the November 8 election day.

The Daily Record editorial only helped to raise the pitch of increasingly violent rhetoric from white leaders in Wilmington. After the sweeping Democratic victory in the election, a mob gathered and demanded that Manly leave the city. When they failed to receive a response, they burned the office of the Daily Record and went on a rampage that would eventually leave several African Americans dead, and drive many more to leave the city. The Republican officials in Wilmington were forced out of office and replaced by white Democrats.

Manly left Wilmington for Philadelphia, but there is no evidence of his career there.