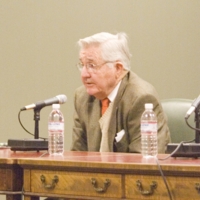 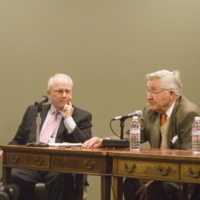 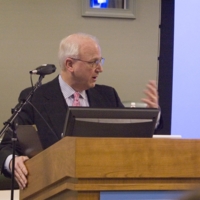 The evening's moderator, Ferrel Guillory, gives some background to the Speaker Ban controversy 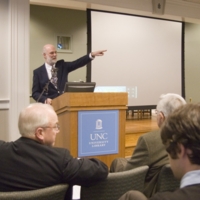 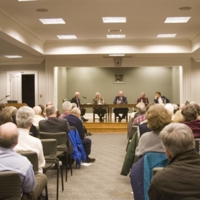 A full house in the Pleasants Family Room at Wilson Library 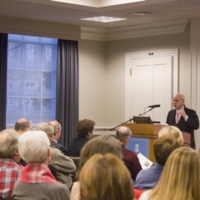 Ferrel Guillory, moderator for the panel, introduces the Speaker Ban 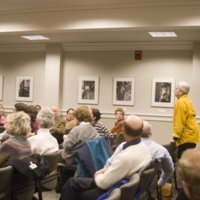 Catherine Smith asks a question of the panelists. The discussions that followed the presentation elicited a number of great comments. 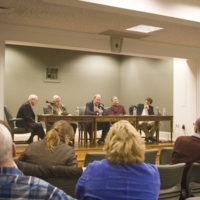 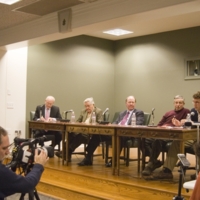 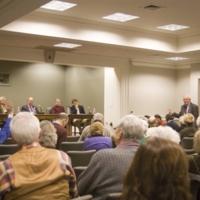