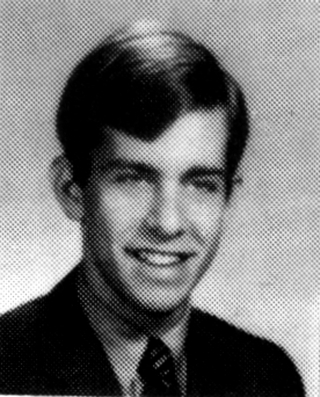 Thomas Michael Bello grew up in Raleigh and graduated from Broughton High School. He entered the University in fall 1967 on a Morehead Scholarship. As a student, he was active in many organizations, particularly the Campus Y and Student Government. He joined Chi Psi Fraternity and was inducted into a number of honorary societies, including Phi Eta Sigma, Phi Beta Kappa, and the Order of the Golden Fleece. He was elected president of the student body in March 1970, less than two months before the campus was swept up in the national reaction to the invasion of Cambodia and the shootings at Kent State University.

On 7 April 1970, Bello wrote to Governor Scott, "In the past couple of years, several 'crisis' situations have resulted in a failure of communication between students and trustees. It is my sincere desire during the coming year to avoid confrontation and to facilitate communication." After news of the Cambodian invasion broke in May 1970, he called for an emergency meeting of the student body. "I honestly feel that only such a meeting...will convince skeptical on-lookers that this protest is not leftist-oriented or another anti-war rally," he said. "Rather it is a sincere, united expression of all students on this campus that what Nixon has done is wrong" (see Bello's call for an emergency session of the student body). In his speech at the meeting, he urged students to support a boycott of classes and to do so non-violently. Anne Queen, director of the Campus Y, afterward wrote to him, "In the fourteen years I have been at the University I have heard no speech by a student that measures up to yours of Wednesday, May 6." (Read Anne Queen's letter to Tommy Bello.)

Tommy Bello graduated in spring 1971 with a double-major in history and English; he received highest honors in history. He was awarded a Rhodes Scholarship and spent the next year at Oxford University. Later, he attended law school at Yale University. In the early 1980s, he began teaching, working with two programs in the Arlington, Va., area, Arlington Adult Education and the Refugee Education and Employment Program. In 1984, he began work on a master's degree in religious studies, which he completed in 1987 at Notre Dame Institute. Subsequently, he became involved in the teaching of English as a second language to adult learners in northern Virginia.