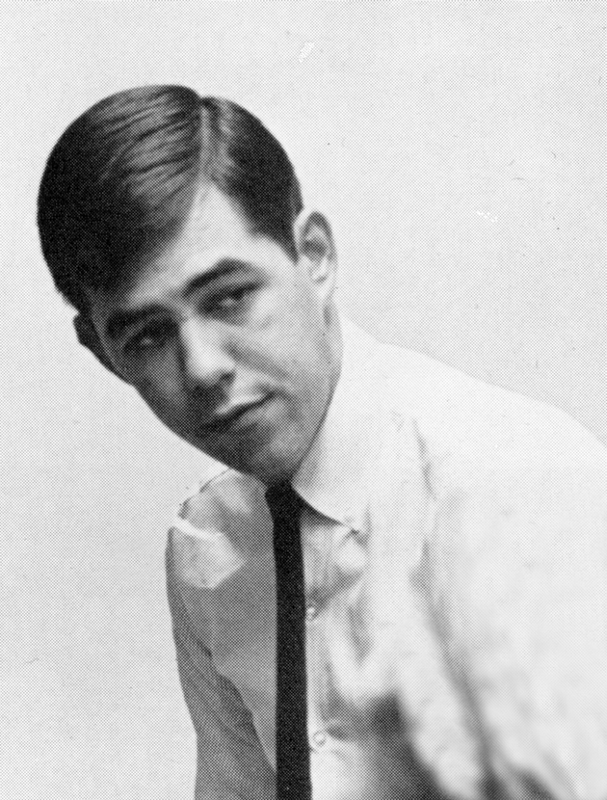 Paul Dickson was instrumental in the fight to abolish the Speaker Ban. Interestingly, his determination to eliminate the law did not derive from any intention to indoctrinate his fellow students (as his critics were quick to suggest); rather it sprang from his belief that hearing Communists, such as Aptheker, speak would convince students that Communism was unacceptable as a political and economic system. In his statement before the Britt Commission on 9 September 1965, Dickson quoted a series of his own personal experiences that led him to his opinions.

Dickson was born in Greensboro and raised in Raeford, N.C. His father and grandfather had published the Hoke County News (later the News-Journal) and were both Carolina alumni. Before enrolling at UNC-Chapel Hill, Paul Dickson III served four years in the United States Air Force, including a tour in Vietnam where he worked on-air for Armed Forces Radio.

Dickson pointed to his military service as the motivation behind his fight to lift the Speaker Ban. He argued that the United States was "fighting Communism in two areas: one on the battlefield, such as in Vietnam, and the other...the battlefield for men's minds" (See Britt Commission testimony, linked above.) He believed that in order to defeat communism in the "ideological wars" we must allow ourselves the opportunity to gather information on a firsthand basis.

Dickson had been involved in other controversies at the University before the Aptheker and Wilkinson invitations. He related the following story in his statement before the Britt Commission: As a sophomore, then the president of Everett Dorm, Dickson asked fellow student Larry Phelps to participate in a dorm-sponsored speakers series. Phelps spoke for nearly four hours on the topic of Communism and socialism. During the speech, Phelps met intense criticism, and, according to those present, barely escaped the engagement without being physically attacked (See Dickson statement, 9 September 1965). According to Dickson, the Phelps event gave everyone present the chance to see that "democracy is the best form of government."

Dickson also played a key role in liaison between students and the UNC administration. He met individually with President William Friday to work toward the repeal of the law. This placed Dickson in an often difficult position. SDS leaders and other students viewed him with suspicion, while, because of his struggle to allow Communists to speak, he was often labeled a "fellow-traveler" by conservative students.

Paul Dickson majored in political science, graduating in 1966. He was a member of Chi Psi fraternity, the Order of the Golden Fleece, the Amphoterothen Society, and the Society of Janus. Following his graduation from the University, Dickson remained active in politics. In 1972, he served as the state young voters campaign chairman for James B. Hunt Jr. -- then a candidate for lieutenant governor. In April of that same year tragedy struck. On his way home after a date, Paul Dickson was killed in an automobile accident in Fayetteville, N.C. Upon hearing the painful news, Hunt remarked, "I am deeply shocked and saddened to hear of the death of my close friend and campaign associate Paul Dickson. His friendship and his advice have meant a great deal to me personally." (Raleigh News and Observer, 30 April 1972).