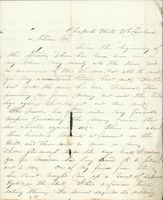 Showing the enthusiasm characteristic of students at the start of the war, Ruffin Thomson wrote to his father, "I would like above all things to be in Charleston just now for a short time." The spring of 1861 witnessed a mass exodus of students, when as many as 8 to 10 a day left for service. Many thought the war would be short lived. 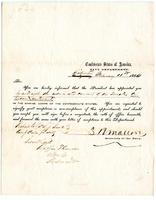 Secretary of the Navy Stephen Mallory signed Ruffin Thomson's appointment as a lieutenant in the Marine Corps of the Confederate States. 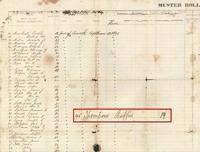 Student Ruffin Thomson left the university to sign up for the 18th Mississippi Infantry. 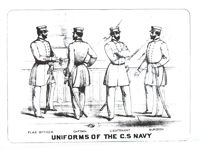 This illustration gives a glimpse of what Ruffin Thomson wore as a lieutenant in the Confederate States Navy.

In 1911, students who left during the Civil War were invited back to receive their degrees. Students who died before the 1911 commencement received their degrees posthumously. War class reunions were a highlight of the weekend.

Ruffin Thomson received his degree posthumously at the 1911 commencement.

With this letter Ellen Selsum informed Judge Battle that his son Junius died after an amputation. Within one year, his brother Wesley would die at Gettysburg General Hospital. 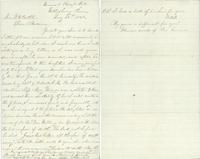 This letter from Chaplain Owen informed Mrs. Battle of Wesley Lewis. Chaplain Owen wrote "Yours [letter] of your son is at hand, I attempt an answer, but it will necessarily be much abridged, but when I reach our lines I will write you a long letter, as I was with your son soon after he was wounded... It is my painful duty to inform you..." Wesley Lewis was the second of Mrs. Battle's sons to die in one year. 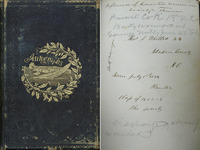 In the context of the university, the autograph album is considered to be the precursor of the annual. This autograph album is penciled with students' regiment numbers, the battles in which they participated, and other notes on their service. Inside this autograph album we encounter Thomas Whitted. Whitted graduated in 1858, was a private in Company K of the 18th North Carolina and was badly wounded at Gaines Mills in 1862. 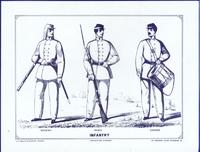 Thomas Whitted wore a private's uniform in the infantry before he was discharged, badly wounded.

Former pupil J. T. Morehead wrote President Swain from Greensboro, N.C. Morehead was recovering from wounds sustained in battle. Of his injuries, he wrote "my chin broken, in two places seems inclined not to [be] united."

Isaac Erwin Avery was one of many university alumni to lose his life in the war. He was killed in action in 1863. The General Alumni Association estimates that the University of North Carolina has 256 Civil War dead. The Carolina Alumni Memorial in Memory of Those Lost in Military Service, dedicated in April 2007, lists all the names known to the association. 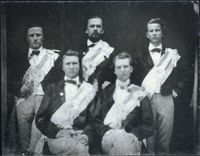 Richard Henry Smith attended the university from 1859 to 1862 and received his degree in 1911. The University of North Carolina is believed to be the only university of rank to have held commencement every year of the war. A detail of the 10th Ohio Regiment, left behind by General Atkins to stand guard at the university, attended the 1865 commencement. Only four students graduated that year, three of whom were veterans. 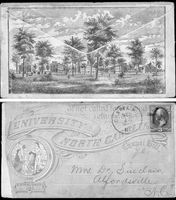 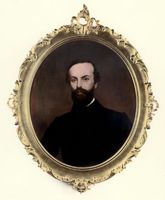 Kerosene was difficult to obtain during the war. Professor Kimberly invented a process to refine turpentine for use in lamps on campus. This refined turpentine was named "Kimberline" in the professor's honor. John Kimberly was professor of chemistry and agriculture at the university 1857-1864 and 1875-1876.