Barbara Ehrenreich's Nickel and Dimed was selected as the summer reading book for 2003. A conservative student group objected to the book’s selection, suggesting University administrators were pushing a liberal point of view and labeling the book a “Marxist rant.” Several state legislators decried the University’s “indoctrination” of students. UNC officials responded that the Summer Reading Program was designed to spark discussion and students didn't have to agree with the book's point of view. 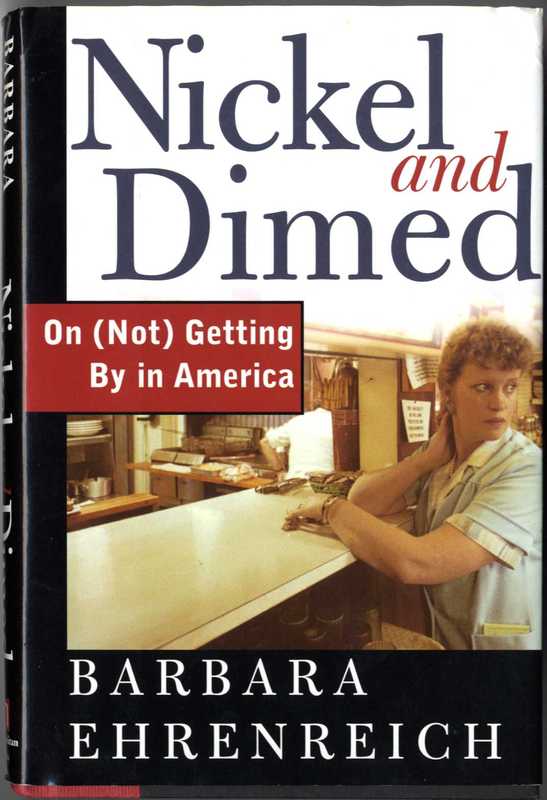 Book cover, Barbara Ehrenreich, Nickel and Dimed: On (Not) Getting By in America. New York: Metropolitan Books, 2001.

Ehrenreich’s book, published in 2001, documents her work in a series of minimum-wage jobs and includes her observations on the difficulties that low-wage workers face.

In an afterword published in the 2011 edition of the book, Ehrenreich writes:

"I was braced for criticism when the book came out, but very little of any substance came to my attention and the only controversy the book stirred up was laughably off-target. In 2003, the University of North Carolina at Chapel Hill assigned Nickel and Dimed to all incoming students, prompting a group of conservative students and state legislators to hold a press conference denouncing it as a 'classic Marxist rant' and a work of 'intellectual pornography with no redeeming characteristics.' The group proceeded to take out a full-page ad in the Raleigh News and Observer that had little to say about the book but charged me with being a Marxist, an atheist, and a dedicated enemy of the American family -- this last proven by my long-standing conviction that families headed by single mothers are as deserving of support as those headed by married couples. I was greeted on North Carolina radio talk shows by hosts asking, 'What does it feel like to be the Antichrist of North Carolina?' and similarly challenging inquiries."