In 2006 the Foundation for Individual Rights in Education (FIRE), and the John William Pope Center for Higher Education Policy released the Report on the State of the First Amendment in the University of North Carolina System. The Report suggested that 13 out of the 16 schools in the UNC system had policies that substantially restricted freedom of speech. 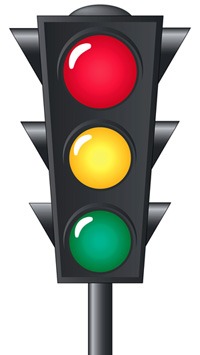 Founded in 1998, FIRE is a Philadelphia-based non-profit with the mission to "defend and sustain individual rights at America’s colleges and universities." FIRE rates schools on their speech codes, which it defines as "any university regulation or policy that prohibits expression that would be protected by the First Amendment in society at large." The group uses the traffic light system, assigning a red, yellow, or green light depending on the severity of the restrictions. UNC-CH, which formerly had a red-light rating due to policies on harassment, has recently been upgraded to yellow-light status.  FIRE has advocated on behalf of UNC students and faculty on several occasions. 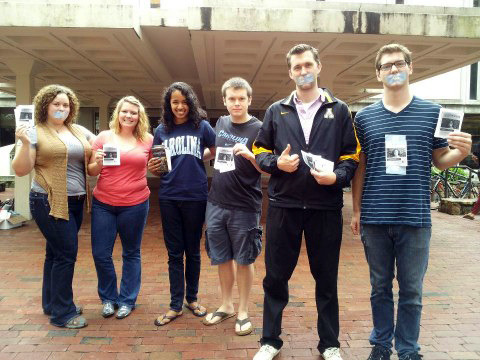 On the UNC-Chapel Hill campus, FIRE has worked with Young Americans for Liberty (YAL), a student group that seeks to "identify, educate, train, and mobilize young people on the ideals of liberty and the Constitution."  Also known as UNC-CH College Libertarians, YAL advocates for individual rights on campus.  In September 2012 the organization sponsored "Constitution Week," during which members passed out copies of the Constitution, hosted a speech by Robert Shibley of FIRE, and participated in an episode about free speech on Fox Business Network’s Stossel show.

UNC CAFE, or Carolina Advocates for Free Expression, was founded on September 7, 2012. According to its mission statement, the student group promotes "the values of free expression at UNC and in the surrounding Chapel Hill community."  CAFE works closely with UNC YAL and took part in the group’s "Constitution Week" in 2012.