The so-called Burlington dynamite plot refers to the attempted bombing of two Burlington, N.C., textile mills and the legal battle and media circus that followed. The plot occurred in the midst of the nationwide 1934 general textile strike. Six workers were arrested and accused of plotting to dynamite the mills. A group of Chapel Hill liberals formed the League for Southern Labor, an organization to raise funds for the workers’ legal defense. The League included UNC professors J.O. and Loretto Bailey, UNC Press founding director William T. Couch, and playwright Paul Green. The involvement of faculty members in the defense was denounced by some critics as a misuse of their standing at the University and as inappropriate participation in controversial off-campus matters. 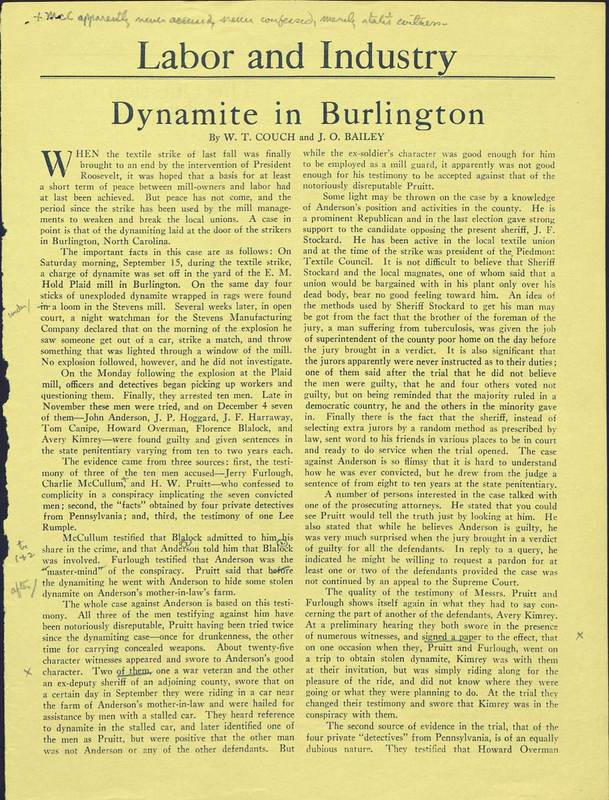