Jesse Helms and "Filth" at UNC 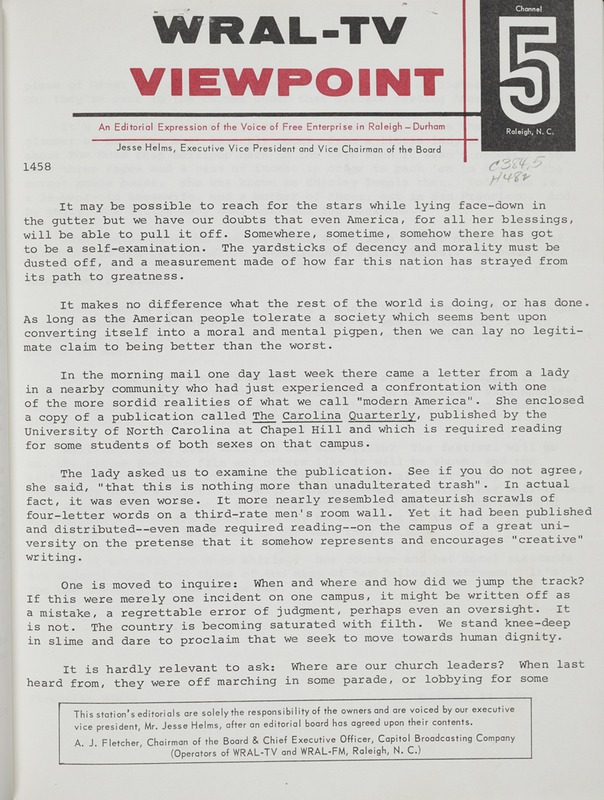 This transcript is one of the five commentaries broadcast by Jesse Helms in October and November 1966 on the "filth" and "unadulterated trash" to which he claimed students at UNC-Chapel Hill were being exposed. His 13 October commentary prompted a viewer to telephone WRAL-TV on 14 October and complain that her child, a student in a freshman English class at UNC, had been assigned to write an essay on how to seduce a member of the opposite sex. The station contacted UNC administrators, who then questioned several instructors. None confirmed having made such an assignment. The station persisted in its claim, identifying Michael Paull as the instructor. Shortly thereafter Chancellor J. Carlyle Sitterson removed Paull from the classroom and assigned him to other duties in the English Department.

A subsequent investigation determined that Paull had not made such an assignment. Instead, the investigation concluded, he had asked students to use Andrew Marvell's seventeenth-century poem "To His Coy Mistress" as the basis for an assignment using imagery and several figures of speech. A few students misunderstood the assignment, according to the investigation. Paull was eventually reinstated as an instructor. 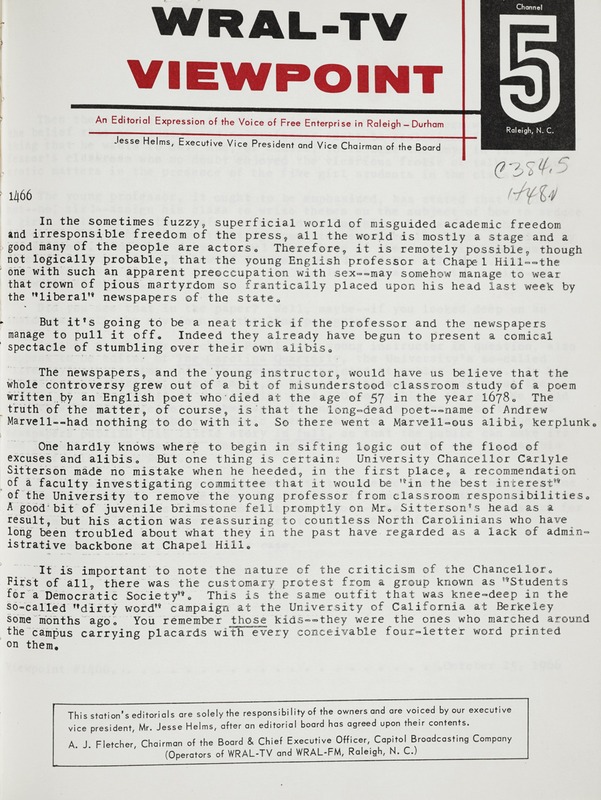 This transcript is another of the five commentaries broadcast by Jesse Helms. From the transcript:

"In the sometimes fuzzy, superficial world of misguided academic freedom and irresponsible freedom of the press, all the world is mostly a stage and a good many of the people are actors. Therefore, it is remotely possible, though not logically probable, that the young English professor at Chapel Hill -- the one with such an apparent preoccupation with sex -- may somehow manage to wear that crown of pious martyrdom so frantically placed upon his head last week by the 'liberal' newspapers of the state." 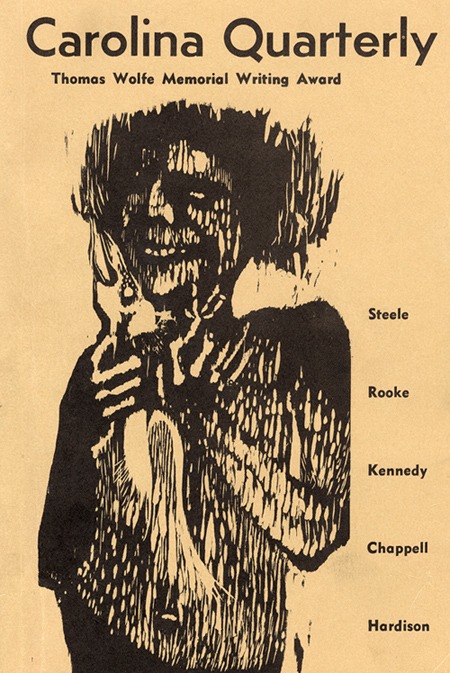 Helms referred to this issue of the UNC literary magazine when he decried the University’s tolerance of “filth.” He singled out a short story by Leon Rooke, a UNC graduate and writer-in-residence on campus at the time. “The Ice House Gang” centers on a young couple’s efforts to escape the summer heat and their sexual activity in an ice house.  Helms described the story as “a bit of fiction which spells out the details of a sordid bit of fornication on a 100-pound block of ice.” The story was not one that Michael Paull, who was editor of the magazine, assigned to his students.

Chancellor Sitterson's removal of Michael Paull from the classroom prompted criticism from UNC students and faculty, who argued that the University had caved under political pressure and had not followed the proper procedures in investigating Helms's charges against Paull. The incident drew attention from national media, including The New York Times and Life magazine. 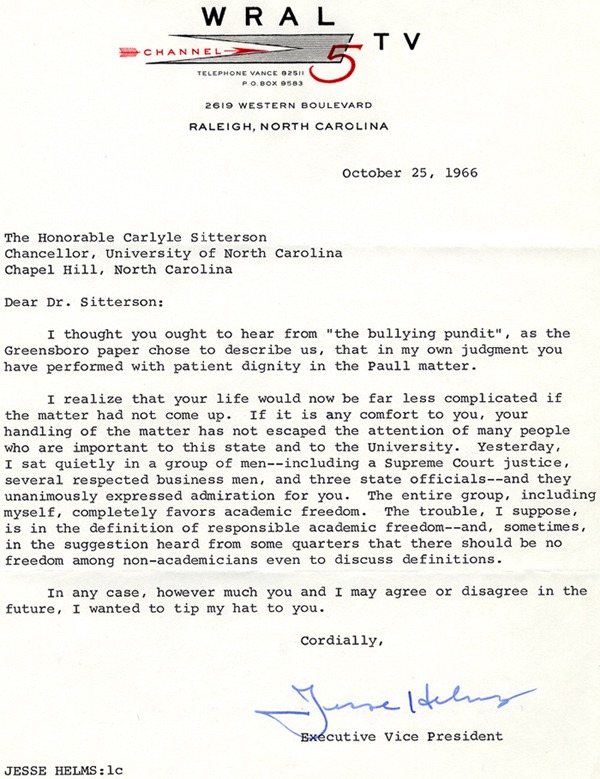 Helms wrote this letter to Sitterson on the same day that he broadcast an editorial commenting on Michael Paull's defense that students had misunderstood his assignment. Both on air and in writing, Helms praised Sitterson for his handling of the incident. He also shared his views on academic freedom. Sitterson responded to Helms in a November 1 letter.

"Such matters will, from time to time, occur in any dynamic university such as the University of North Carolina. I often feel that such matters can be handled more calmly and more thoughtfully if they do not get into the public news media. At the same time I recognize in this day and time there is very little that doesn't eventually get into the public domain through radio, television, and/or the press."