Formed in the spring of 1965 as a direct result of the Speaker Ban Law, the UNC Chapter of the Students for a Democratic Society (UNC-SDS), issued a call in December of 1965 to potential speakers who fell under the Speaker Ban and would be willing to come to campus to test the law.

In early January 1965, the UNC-SDS invited Frank Wilkinson, the executive director of the National Committee to Abolish the House Un-American Activities Committee and who had refused to testify in front of the HUAC, and Dr. Herbert P. Aptheker, a member of the Communist Party USA and a Marxist historian, to speak on campus.

Paul Dickson and student government also supported the invitations of Aptheker and Wilkinson, as did the Daily Tar Heel, the Carolina Forum, the Campus Y, the Di-Phi, the Carolina Political Union, and the Order of the Golden Fleece. Because of the student body president’s traditional relationship with the UNC administration, Dickson would become the de facto leader of the combined student effort to overturn the Speaker Ban. Throughout late 1965 and early 1966, Dickson would meet secretly with William Friday at the president's house to discuss strategy. 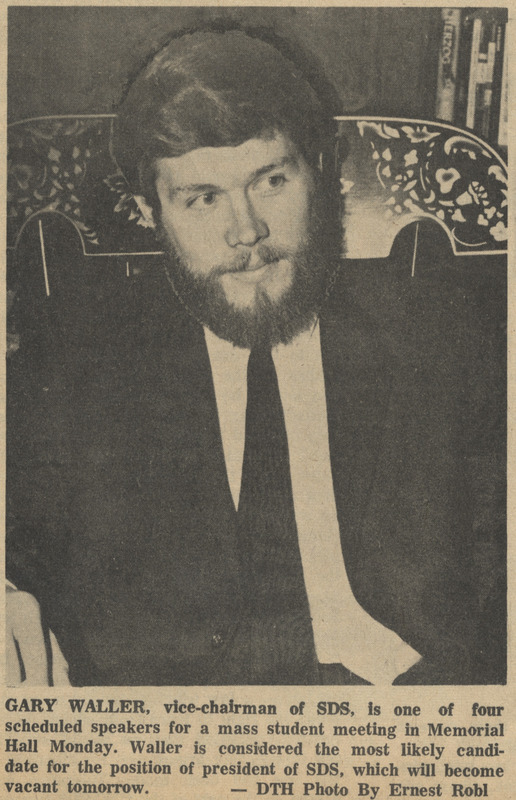 A graduate student in the Department of Sociology, Gary Waller was vice chairman of the UNC Chapter of the Students for a Democratic Society and became chairman when chairman Jim McCorkel resigned on 2 February 1966 to spend more time on his graduate studies. Waller served on the executive committee of the Committee for Free Inquiry along with Paul Dickson.

Other notable members of the UNC-SDS during the Speaker Ban protests were Jim McCorkel, Stuart Matthews, Reid Reynolds, and Jerry Waller. 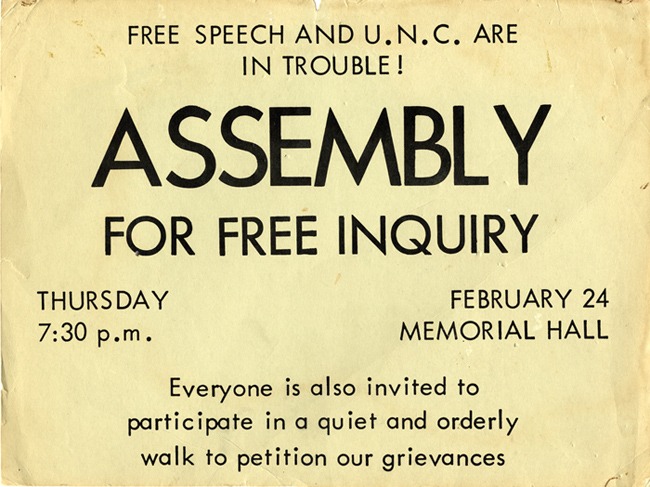 In February 1966, UNC-SDS, Paul Dickson, and other campus leaders, including George E. Nicholson III, chair of the Carolina Forum, and Ernest S. McCrary, editor of the Daily Tar Heel, formed the Committee for Free Inquiry. The primary objective of the committee was to mobilize students and faculty and pressure UNC officials to accept speakers on campus regardless of "their political affiliation or background." 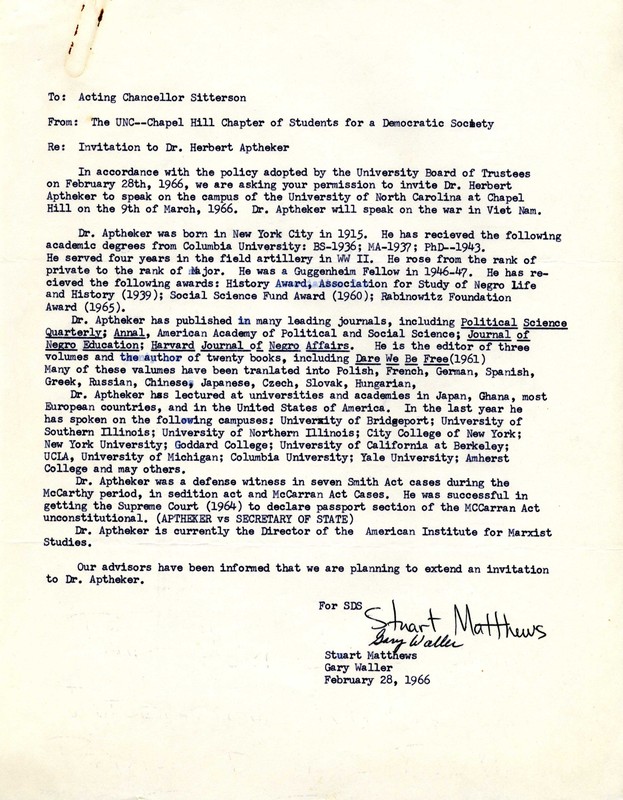 In response to the Board of Trustees’ decision to the give the chancellor responsibility for approving visiting speakers, the UNC-SDS sent a memo to acting chancellor Sitterson asking for his permission to allow Herbert Aptheker to speak on campus. 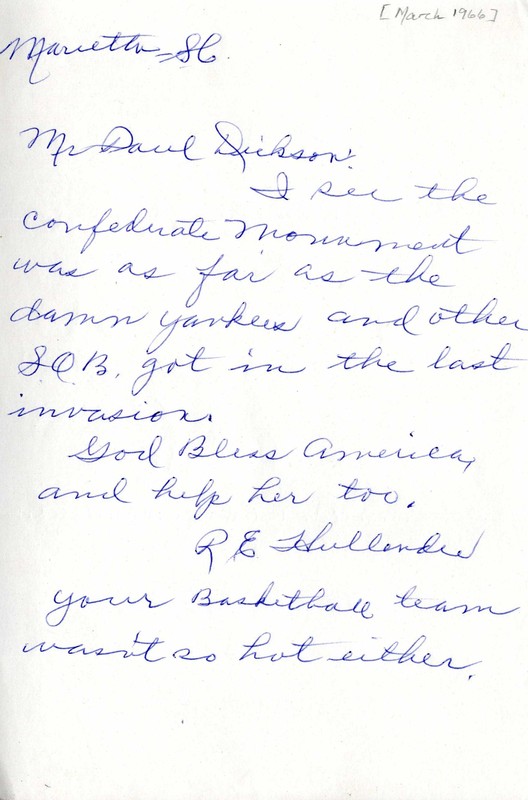 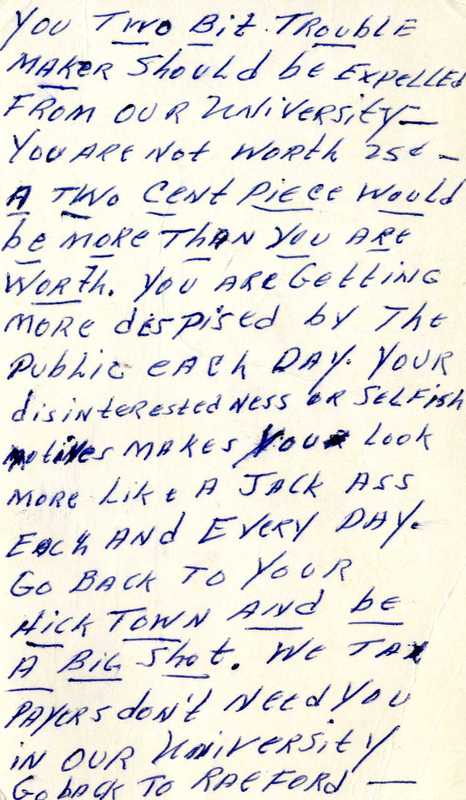