In September 1816, a disagreement over the censorship of a speech sparked one of the most notable student rebellions in the University's history. Before delivering the public address On the Massacre of Dartmoor Prison, about the conduct of the British in the War of 1812, seventeen-year-old senior William Biddle Shepard submitted the speech for review by the University's president, Robert Hett Chapman, as required. In keeping with University policy, Chapman made substitutions to what he found to be improper religious references and rhetoric supportive of party politics.

Encouraged by other students, Shepard delivered his speech as originally written despite Chapman's warning to stop. For his breach of the University's law and defiance of authority, Shepard was first suspended and then expelled from the University. To avoid a similar fate, most of the other disaffected students confessed and promised to henceforth "submit themselves to the laws of the University." 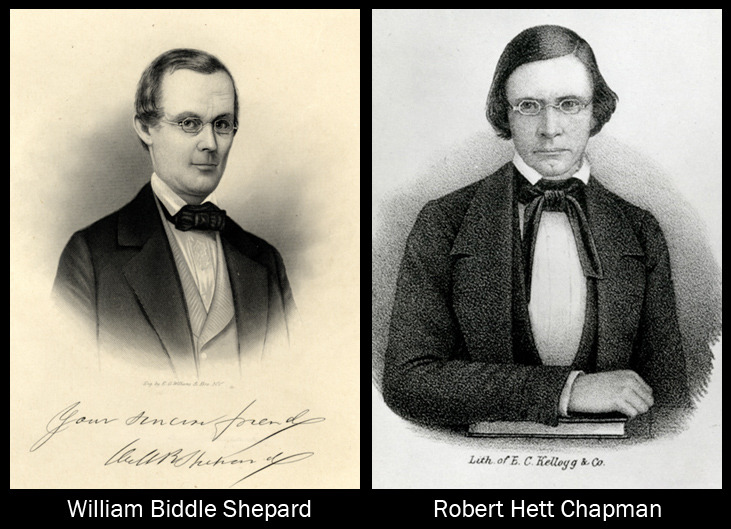 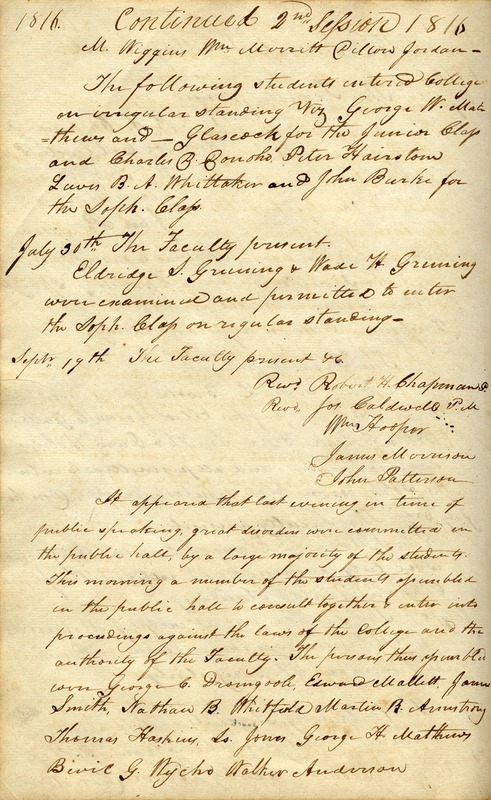 For days after the rebellion, the faculty met to discuss the disorderly conduct of Shepard and twenty-seven other students.  Shepard was summoned to appear before the faculty, but continued to justify his actions.  The faculty suspended Shepard for six months and later voted to expel him and another student, George C. Dromgoole. 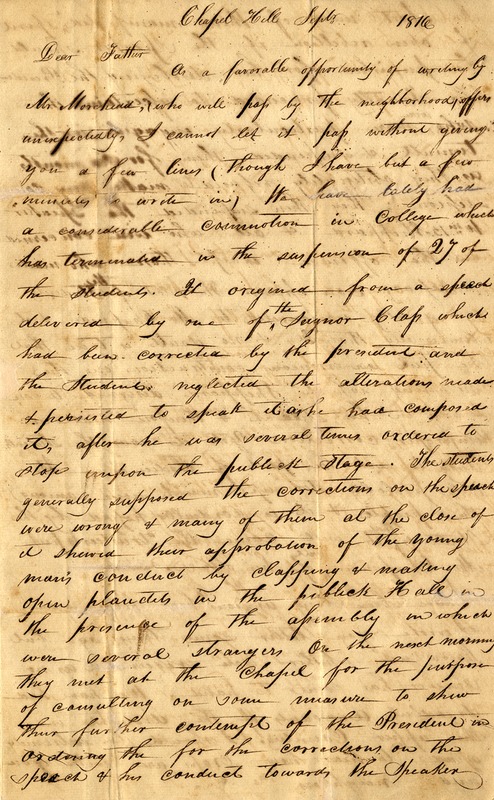 In this letter to his father, UNC student Iverson Brookes reports on the "commotion" that took place after fellow student William B. Shepard defied President Chapman’s order to stop delivering a speech that had been censored.   Although Brookes agreed with most of the students who found Chapman at fault for making "improper corrections," he adds that "it was the student’s duty to act the part of obedience." 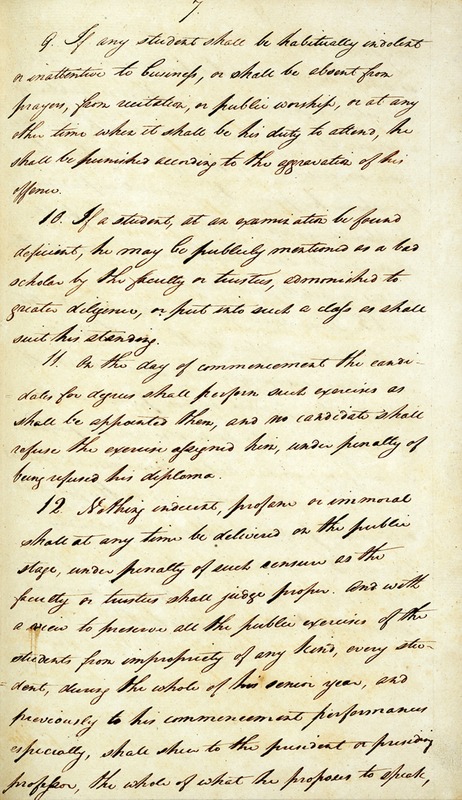 The "Laws of the University" initially adopted in 1799 lists the rules of conduct and obligations of both faculty and students at UNC. Item number 12 defines the rules for student speech, stating that "Nothing indecent, profane or immoral shall at any time be delivered on the public stage, under penalty of such censure as the faculty or trustees shall judge proper."  This regulation also stipulates that University officials will review all senior speeches before they are delivered.  If changes are made, students must deliver the edited version of their speech, and if "any student pronounce any thing in public, of a censurable nature, in contradiction to the directions or corrections... the president or presiding professor is required to stop him on the public stage..." 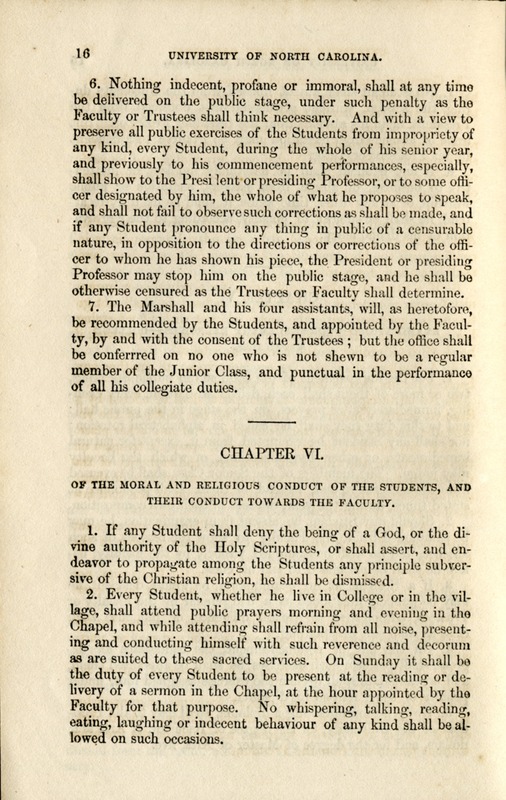 Pages 16 and 17 of Acts of the General Assembly and Ordinances of the Trustees, for the Organization and Government of the University of North Carolina. Raleigh: N.C. Institution for the Deaf and Dumb and Blind. 1852. Print.

The "Laws of the University" was revised several times over the first half of the nineteenth century.  By 1851 a rule was in place that called for the dismissal of any student who denied the existence of a God or promoted "any principle subversive of the Christian religion."