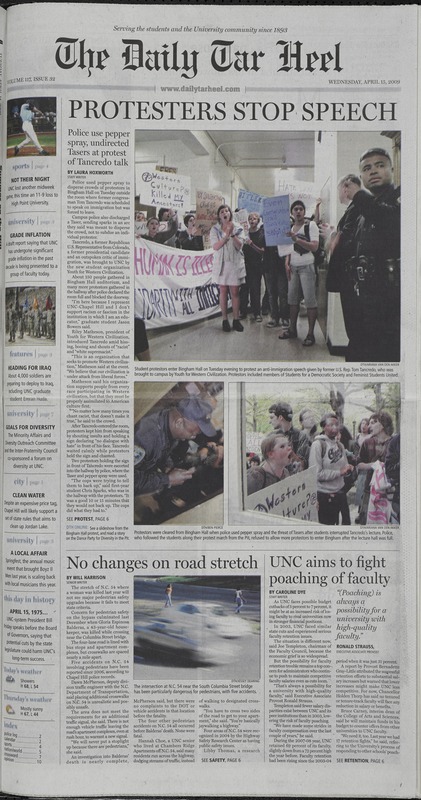 Over the years the UNC campus has served as a forum for speakers representing diverse points of view. Some visitors have not always been readily welcomed. In January 1975, David Duke, then national information director of the Knights of the Ku Klux Klan, was shouted down by more than 200 students when he attempted to speak at Memorial Hall. Duke eventually retreated to Morehead Planetarium, where he spoke to a smaller group assembled for a reception. In April 2009 protestors disrupted a speech by Tom Tancredo, a former U.S. congressman from Colorado invited to campus to discuss his opposition to in-state tuition for unauthorized immigrants. In response to both incidents, UNC administrators criticized protestors for not embracing free speech principles that the University holds high.