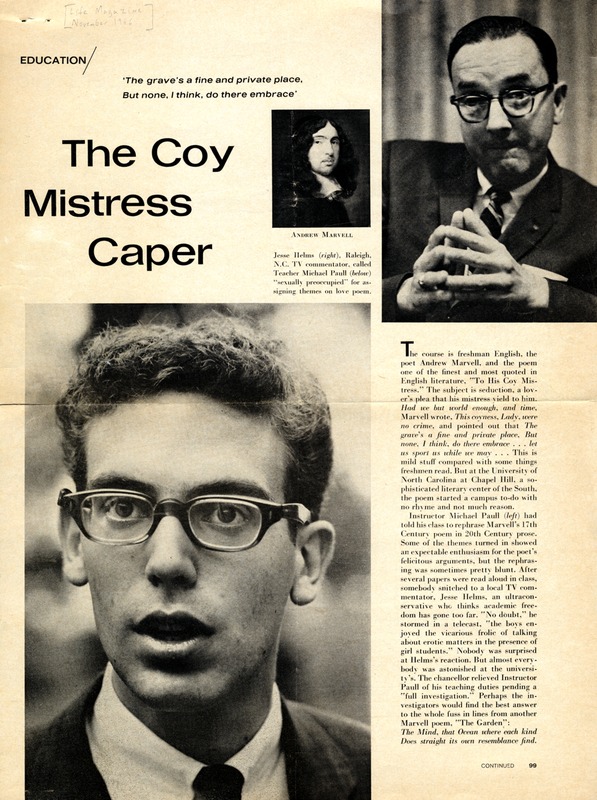 In October 1966, Jesse Helms, at the time a commentator on a Raleigh television station, broadcast several editorials suggesting that undergraduates at UNC-Chapel Hill were being required to read and write sexually explicit material. Helms's allegations included the charge that Michael Paull, a graduate instructor in the English department, had assigned students to write an essay on how they would seduce members of the opposite sex. The commentaries brought scrutiny on the English department from state leaders and the press. Paull was temporarily relieved of his teaching duties and a departmental committee investigated the charges, eventually concluding that the allegations were false. Throughout the month-long controversy, some suggested that the additional oversight from University and state officials infringed upon instructors' academic freedom.